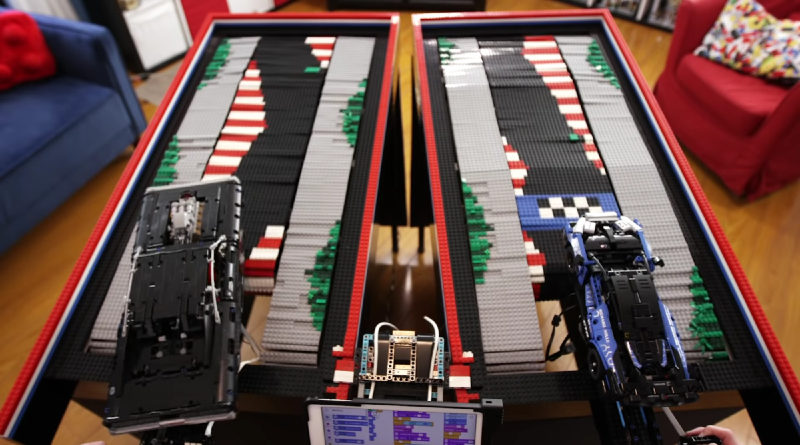 The team at Digital Wizards have made a fully-functional arcade game almost entirely built out of LEGO bricks, even the software uses official LEGO products.

A team of LEGO fans have produced an impressive feat by creating their own arcade machine using bricks and a few official LEGO sets. A video showcasing the project was uploaded to the LEGO Group’s YouTube channel.

The game itself involves players choosing between two cars that use the Technic 42123 McLaren Senna GTR and 42111 Dom’s Dodge Charger sets. Then, players will need to use the steering wheel to keep their car pointed in the direction of the road to stay ahead of their opponent and win the race. It’s especially interesting when you consider that the software itself seems to use only the MINDSTORMS 51515 Robot Inventor kit and app.

A peek behind the scenes of the construction shows that the only non-LEGO elements of the build are a tablet and holder for the app and a metal frame to support the weight of the bricks. Each segment of the track was built separately and then attached, similarly to how 71374 Nintendo Entertainment System’s TV is constructed.

It’s not hard to imagine that the vehicles used in the arcade game could be swapped out for other Technic models or maybe even those from different themes. With some customisation, this racetrack could even be transformed into a sky or underwater raceway, just as long as the sensors are programmed correctly.