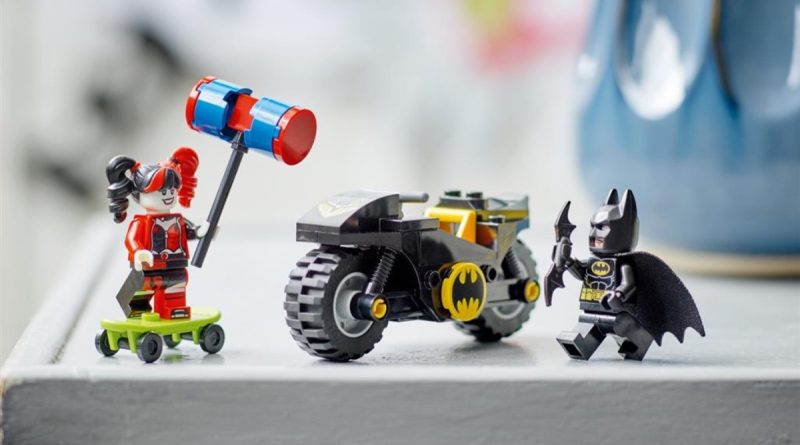 It’s been a slow year for LEGO DC, even with a range of models at the start of 2022 dedicated to The Batman, as there are only a few sets this year.

DC’s cinematic slate only features three films at the time of writing in 2022 following delays. These include The Batman, DC League of Super-Pets and Black Adam, the latter of which releases in one month on October 21. Out of this trio, only The Batman has received a range of models based on the film, with the hero also receiving two other builds throughout the year. It also seems unlikely that Black Adam is getting any tie-in builds now that September has arrived.

While we wait to see if the theme can expand further in 2023, here’s a look at every LEGO DC set released in 2022, not including polybags.

As the smallest set inspired by The Batman, 76179 Batman & Selina Kyle Motorcycle Pursuit acted as an entry point at the start of 2022 for both DC fans and those who recently watched the source material.

The most recent cinematic depiction of the Batmobile resembles a modified muscle car and this was one of two sets recreating the vehicle at various scales. 76181 Batmobile: The Penguin Chase focuses on minifigure compatibility.

The new Batcave build featured in 76183 Batcave: The Riddler Face-Off is one of the largest creations based on The Batman, including the movie’s main villain and a new Alfred minifigure.

The first LEGO Technic Batmobile may be one of the theme’s highlights in 2022 as it’s rumoured to be getting a follow-up in 2023. You can find out more about 42127 The Batman – Batmobile in our detailed review.

Just released on September 1, 2022, 76220 Batman versus Harley Quinn seems likely to be our last DC model of the year, switching the focus to a much younger audience with a simple build and two minifigures.

Every LEGO DC Set released in 2022

While there weren’t a lot of LEGO DC sets in 2022 and it seems unlikely that there are any major surprises left for the last few months of the year, the theme did see a few firsts in 2022 including a LEGO Art model and a LEGO Technic Batmobile.