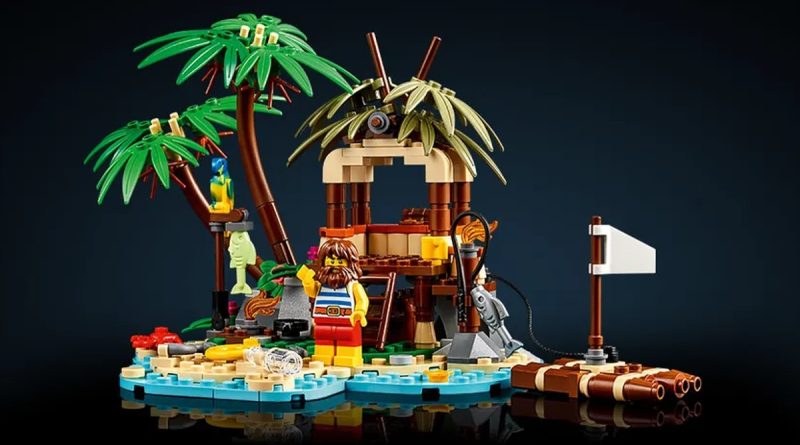 LEGO Ideas has become a big source for free sets in recent years with five in the past three years and Ray the Castaway recently joining the roster.

40566 Ray the Castaway is the latest LEGO Ideas GWP to be made available on the official online store, but it’s far from the first as the free fan-inspired models date back to 2019.

Though they’re still recent compared to the 90-year history of the LEGO Group, here’s a guide to every LEGO Ideas GWP ever designed.

Made available with qualifying purchases in 2019, 40335 Space Rocket Ride was inspired by a project by mjsmiley, depicting a coin-operated ride to take young minifigures on a journey to the stars, or at least back and forth.

After a year without LEGO Ideas GWPs, 40448 Vintage Car – inspired by Versteinert’s build – was offered with orders in 2021 with two minifigures and the nostalgic vehicle model complete with an ice skate as a classic hood ornament.

The largest of the LEGO Ideas GWPs so far is 40487 Sailboat Adventure, based on the project from yc_solo with much of the piece count going towards the brick-built sail but still not skipping out on details such as gold decorations.

Released earlier this year with select purchases on LEGO.com, 40533 Cosmic Cardboard Adventures is inspired by the winning entry in a space contest on LEGO Ideas by bulldoozer. It depicts a child’s bedroom with a cardboard rocket and even a Classic Space reference

Support the work that Brick Fanatics does by purchasing your LEGO via one of our affiliate links – thank you!