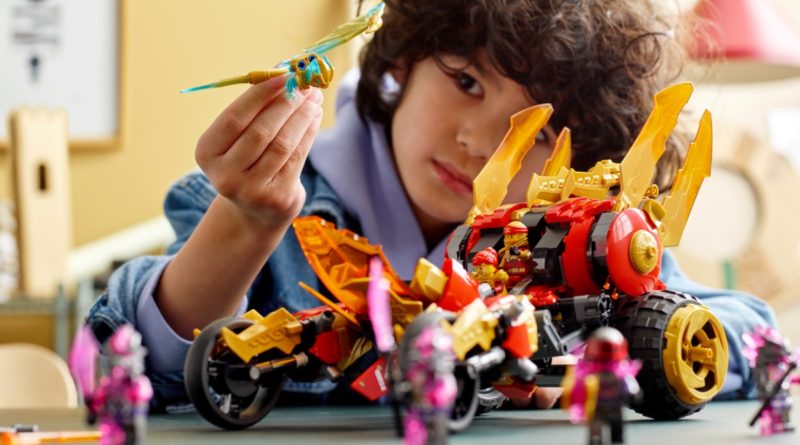 NINJAGO Crystalized’s first half is out now and there are a few LEGO sets yet to feature in the season, but most of the latest wave are in the show.

From both the Crystalized and Core ranges of LEGO NINJAGO, a variety of physical models have already been introduced in their animated forms, though there are a few being saved for the remaining 18 episodes.

Note that we won’t be mentioning sets featured in any trailers and entries are only based on officially released episodes of NINJAGO Crystalized. For those wanting to avoid potential spoilers that may be featured in the new wave, take this as your first and last spoiler warning.

While the golden versions of these vehicles and much of their minifigures haven’t been featured in the episodes so far, we’ll likely see them as the story continues.

Once the ninjas have been taken to prison, Nya helps them escape using 71775 Nya’s Samurai Mech, but again most of the minifigures in that set haven’t yet been in the series.

That leaves just three models for the remainder of NINJAGO Crystalized, including 71774 Lloyd’s Golden Ultra Dragon, 71772 The Crystal King and 71771 The Crystal King Temple. How these will play into the story, and how accurate they are to the events of the show, have yet to be seen.

Now that the entire wave is available worldwide, building a few will help to pass the time until the second half of NINJAGO Crystalized releases in October 2022 on Netflix.