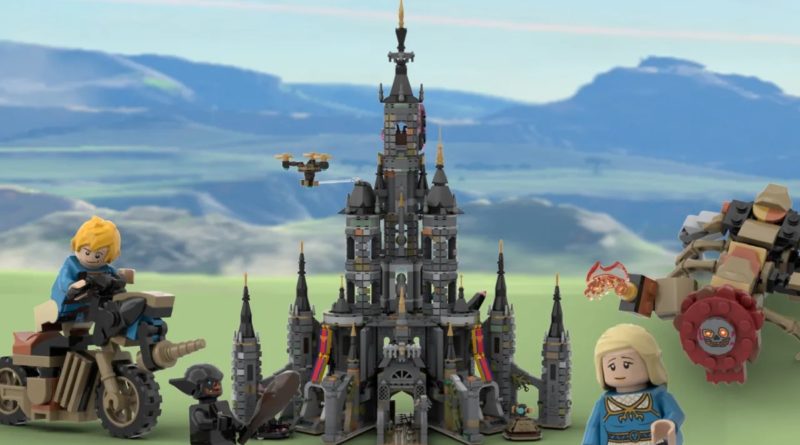 There have been several attempts to join the worlds of LEGO and The Legend of Zelda together on LEGO Ideas, though even with the arrival of LEGO Super Mario, the partnership has yet to come to fruition.

Now that the next Legend of Zelda title has an official release date, there may be another opportunity for the LEGO Group and Nintendo to work together on something inspired by the franchise. However, as such a thing is still unconfirmed, we can only look back on what didn’t get approved for LEGO The Legend of Zelda on LEGO Ideas.

The Iron Knuckle Encounter project by Wes Talbott (which was only listed on the now-defunct LEGO CUUSOO website) was one of the first to be rejected in LEGO Ideas’ Winter 2014 review, depicting one of the boss fights from Ocarina of Time and Majora’s Mask.

Based on The Wind Waker, flailx’s project presents a memorable collection of builds for those who have played the game, though that wasn’t enough for the judges and it never became a LEGO Ideas set.

6 – The Ocarina of Time finale

Mingles’ LEGO The Legend of Zelda project inspired by the final battle of The Ocarina of Time also went unapproved on LEGO Ideas, though they included plenty of concepts for new elements to best represent the series and its characters.

5 – The Legend of Zelda project

The aptly named The Legend of Zelda project from Ragaru proposed a variety of new pieces as well and was specifically designed to pick up where Mingles’ project left off with a model that could be interpreted as many scenes in the series.

4 – Breath of the Wild stables

Based on Breath of the Wild, Hanwasyellowfirst conceived a project based on the stables from the open-world title but similarly failed to impress the judges enough and see a LEGO The Legend of Zelda project come to life. This project was revealed as not approved in the same year as LEGO Super Mario’s release too.

Also inspired by Breath of the Wild, BrickGallery was next with a project recreating the overtaken Hyrule Castle, filled with enemies and accessories to recreate scenes from the game as well as a Korok to find. Though it went unapproved in 2020, BrickGallery wasn’t done just yet.

Artem Biziaev proposed a different design for Hyrule Castle, with a model that integrated a feature that would switch the appearance of the fortress from one controlled by princess Zelda to one controlled by the villainous. Ganondorf.

After two projects depicting Hyrule Castle, BrickGallery tried again as the most recent The Legend of Zelda project on LEGO Ideas to be rejected. This time, his castle had been updated with builds inspired by the DLC for Breath of the Wild and general design changes to better reflect the in-game location. The featured image pictures a better look at this updated castle.