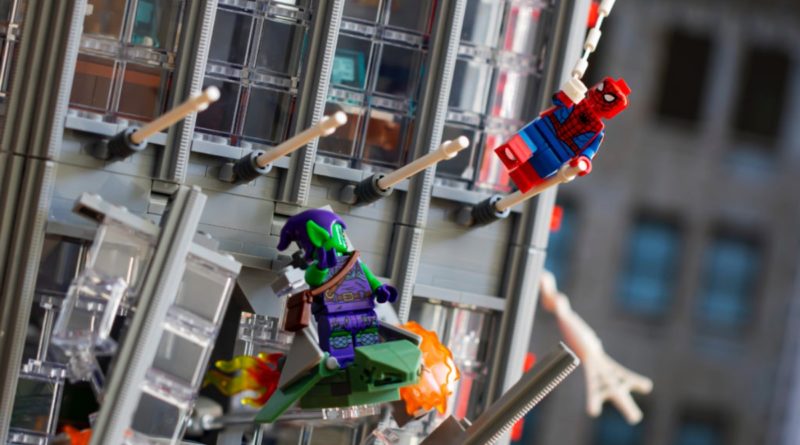 As of August 10, 2022, Spider-Man is 60 years old, and this year LEGO Spider-Man turns 20 with hundreds of sets featuring the hero.

August 2022 appears to be a busy month for anniversaries with both the LEGO Group and Spider-Man celebrating a big day. While the LEGO Group is 90 this year, Spider-Man isn’t too far off at 60 and we’ve selected a few of his to commemorate his brick-built journey.

It all started in 2002 with 1376 Spider-Man Action Studio, based on the filming of the first Spider-Man movie and including the initial Spider-Man minifigure. This would go on to become one of many in the years to come.

After covering two Spider-Man films, the LEGO Group turned their attention elsewhere from 2004 until 2012, when Spider-Man returned to the world of LEGO in 6873 Spider-Man’s Doc Ock Ambush. This minifigure was based on the comic version of Spider-Man but it was still recognisably the Web-slinger.

Before the arrival of Spider-Man in the Marvel Cinematic Universe, several other Spider-people appeared in LEGO sets including Scarlet Spider and Spider-Woman in 76057 Spider-Man: Web Warriors Ultimate Bridge Battle.

Eventually, Spider-Man got his first movie in MCU, and the LEGO Group had a few sets ready for the film, including 76083 Beware the Vulture. The tone of this model was notably more realistic, to an extent than those before it. However, this was just the start of Spider-Man’s journey in LEGO Marvel Studios models.

After appearances in numerous movies, including Avengers: Endgame, Spider-Man featured in the animated What If…? Series, receiving his first LEGO Collectible Minifigures spot in 71031 Marvel Studios. With side and front printing on dual-moulded legs and arm printing too, this minifigure remains one of the most detailed minifigures of the character to date.