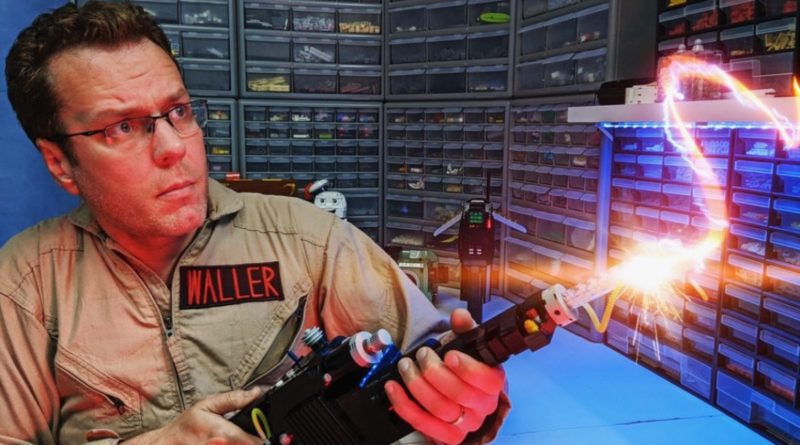 A fan designer has created a series of amazing life-sized LEGO movie props based on equipment used in the Ghostbusters films.

Brent Waller is the creator behind LEGO Ideas 21328 Seinfeld and 21108 Ghostbusters Ecto-1, plus he also worked as a Concept Designer on The LEGO Batman Movie. Now Waller is taking his building skills to the next level by creating a series of life-sized Ghostbusters movie equipment props.

Waller’s Instagram page has previously revealed three 1:1 scale Ghostbusters prop builds: a Ghost Trap, PKE Meter and Ecto Goggles. A huge Ghostbusters fan, Waller’s attention to detail on the builds is incredibly accurate and many fans will find it hard to tell the difference between the LEGO models and the actual props.

Now Waller has added a fourth full-sized prop to his collection, the Neutrona Wand. As revealed on his YouTube channel, the replica features all of the switches, lights and wires seen on the famous Ghostbusting gadget that’s usually attached to a Proton Pack. The Wand isn’t as stable as Waller would like, but it’s meant to be more of a display piece than a practical prop.

Will Waller take the plunge and eventually create a 1:1 scale Ghostbusters Proton Pack at some point? It could happen as he says he has more Ghostbusters props in the works, to be revealed at a later date.