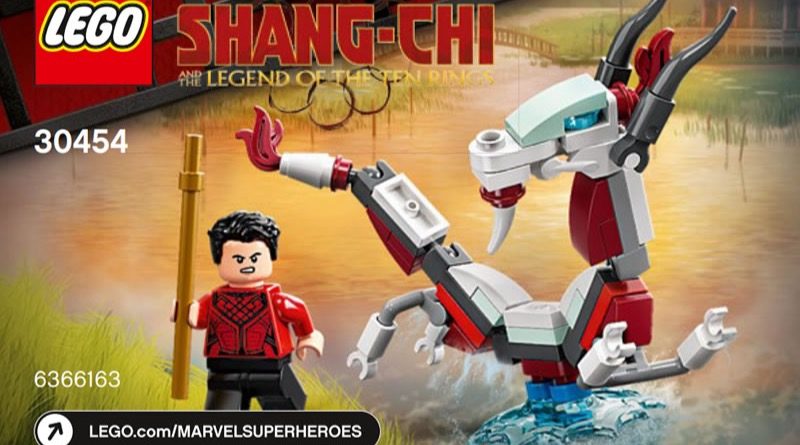 Here’s your first look at the third – and probably final – LEGO Marvel Shang-Chi and the Legend of the Ten Rings set, 30454 Shang-Chi and The Great Protector.

Hoth Bricks has turned up the first official images of the polybag from the LEGO Group’s Building Instructions app, giving us a clear look at what the presumably promotional release will bring to the table.

Both of those boxed models are currently available to buy at LEGO.com in the US, but there’s still no word on when they’ll arrive in other regions. We also don’t know where, when or how 30454 Shang-Chi and The Great Protector will be available, but we’ll keep you posted with more as we get it.

In the meantime, you can whet your appetite for all three sets by checking out the first trailer for Shang-Chi and the Legend of the Ten Rings, which will land in cinemas in September.