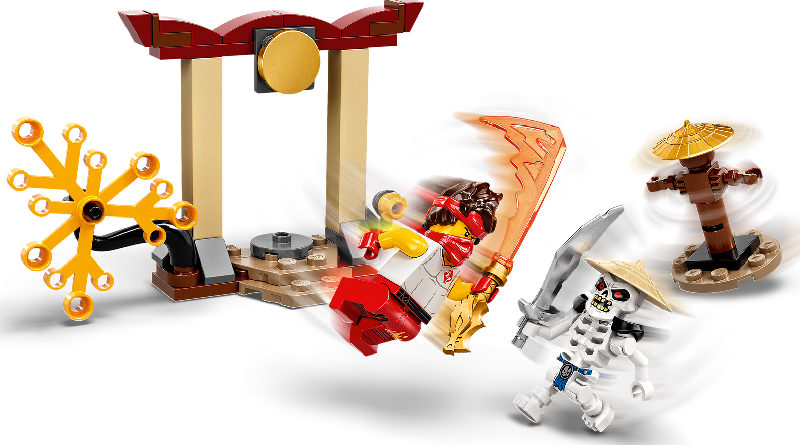 LEGO NINJAGO fans can now get a first look at the new ‘Epic Battle’ sets with an early review of 71370 Epic Battle Set – Kai vs. Skulkin.

Next year, NINJAGO will celebrate its 10th anniversary with a new series of sets recounting the epic battles with their numerous enemies. Now, thanks to an early review, one of these sets has now been explored, including its new pieces.

71370 Epic Battle Set – Kai vs. Skulkin recounts a battle between Kai and a Skulkin from the first season of NINJAGO. The set contains 61 pieces and two minifigures, including an exclusive Kai with a new hairpiece.

Just2Good managed to find the set early and uploaded a review of it to YouTube. Kai is a brand new figure with a new headband and hairpiece, all of which are exclusive to this set. The Skulkin figure sees a welcome return to the skeletal baddies and is a perfect target for Kai to battle.

Among the builds in the model is a small temple with greenery and a training dummy. One of the more interesting elements of the set however, is the new elements. Four new pieces are introduced in this set, representing the four chosen weapons of each Ninja, all in an exclusive colour.

Finishing the review, Justin takes time to showcase the box with a dynamic design that places Kai in front of the Skulkin, achieving a 3D effect. However, the gap between is a hidden display with elemental statistics for the figures, similar to the original NINJAGO trading cards.

71370 Epic Battle Set – Kai vs. Skulkin will launch January 2021 along with the rest of the new NINJAGO sets, including three other ‘Epic Battle’ sets. 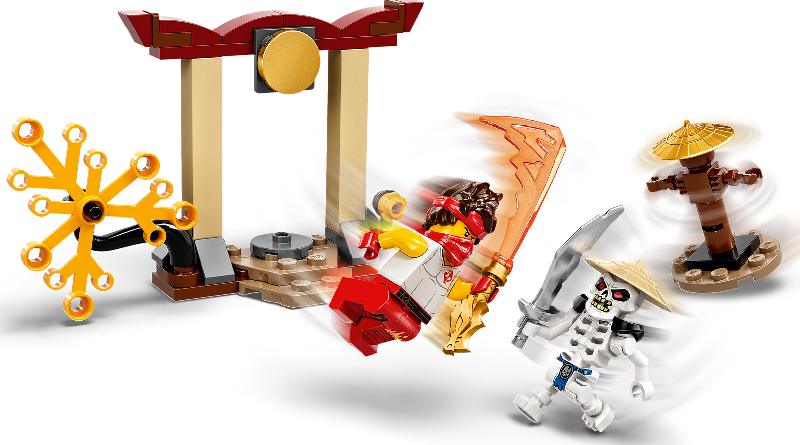