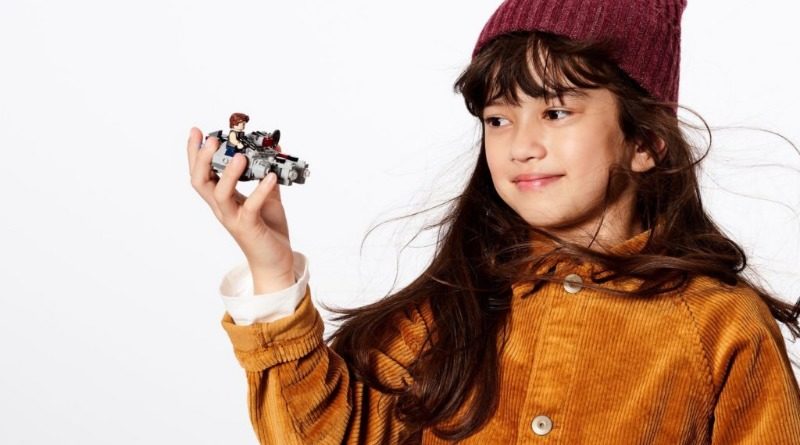 LEGO Star Wars fans can get a first look at 75295 Millennium Falcon Microfighter, which revisits a familiar vehicle in miniature form.

The model marks the third microfighter based on Han Solo’s legendary vessel, and the second from the original Star Wars trilogy. 2018’s 75193 Millennium Falcon Microfighter was based on the ship as seen in Star Wars: The Last Jedi, with Chewbacca replacing Han in the pilot’s seat.

This version takes more direct inspiration from 2014’s 75030 Millennium Falcon Microfighter, updating both the build and minifigure along the way. YouTuber MandRproductions has received an early copy of the set, providing a first look at what you’ll find inside.

“This shouldn’t surprise you: it looks like the Millennium Falcon,” Ryan says. “I think LEGO has pretty much nailed the look on Millennium Falcon microfighters the third time around. It is not substantially different from either of the two former designs.”

Ryan also picks up on the fact that this is a ‘Solo’ microfighter in more ways than one. Yes, it’s the very first LEGO Star Wars microfighter to stand alone, with no opposing ship to face off against.

75295 Millennium Falcon Microfighter is one of at least four LEGO Star Wars sets launching on January 1, alongside 75299 Trouble on Tatooine, 75300 Imperial TIE Fighter and 75301 Luke Skywalker’s X-wing Fighter. You can get a closer look at each of those models by clicking on their set names.

Three more LEGO Star Wars sets have also been revealed, but it’s currently unclear whether they’ll also launch in the new year, or later in 2021.