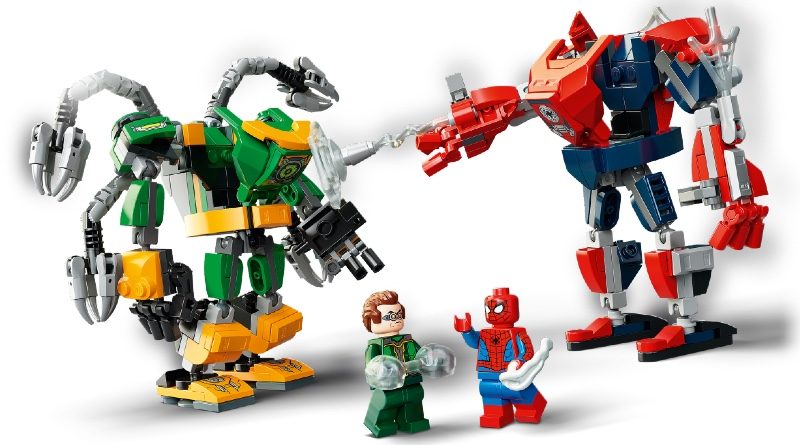 You can now get a close-up look at LEGO Marvel 76198 Spider-Man & Doctor Octopus Mech Battle for the first time, thanks to an early review.

LEGO YouTuber Ashnflash looked at both mechs and the two minifigures that come in the set in detail, after receiving the product early ahead of its release on April 26. Overall, he was pleased with the look of the set as a whole.

“Doc Ock’s mech is one of my favourite mechs that they’ve released so far in the last two years,” the YouTuber commented, one of three times he compliments the mech during the video.

Doc Ock’s claws are, of course, making an appearance, with four of the iconic arms extending out from the back of the mech. The figure features lots of stickers to add detail but no printed pieces, unlike a lot of other mechs.

Naturally, no Spider-Man set would be complete without the main man himself. The superhero’s mech has plenty of web detailing, made out of the newer translucent webs instead of the classic white ones, making them look closer to how they’re depicted in the movies. The right arm can be positioned in a way that mimics Spider-Man’s web-shooting motion as well.

Within both mechs, you can slot in the respective minifigures as with other sets. The Spider-Man minifigure comes with dual-molded legs, to show off the red boots that Spider-Man is seen with nowadays. Ashnflash notes that the Doc Ock minifigure is clearly inspired by the character’s look from Marvel’s Spider-Man PS4 game, released in 2018.

If you’re keen to stage your own battle between Spider-Man and Doc Ock, you can purchase 76198 Spider-Man & Doctor Octopus Mech Battle for yourself from April 26 for £17.99.