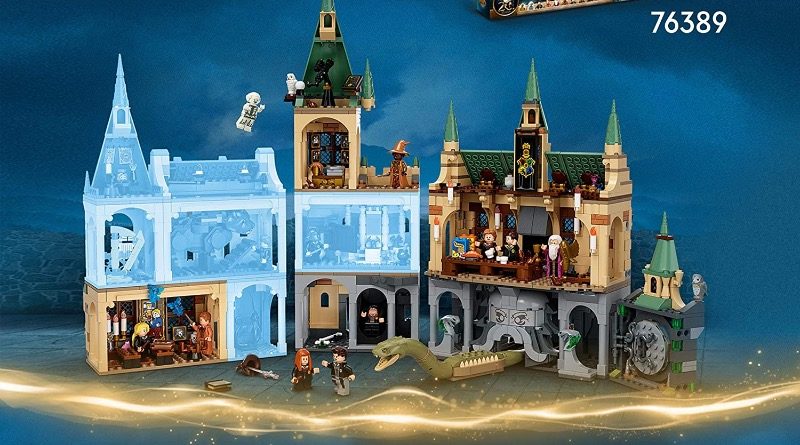 The LEGO Group has pushed the great reset button on the LEGO Harry Potter theme for 2021, meaning the new Hogwarts sections won’t combine with your previous sets.

The first images of the new range – as revealed by Amazon Spain – show that while the individual sets within the 20th anniversary range can be combined and connected with each other, they won’t be compatible with the likes of 75954 Hogwarts Great Hall and 75969 Hogwarts Astronomy Tower.

That’s bad news for fans hoping to grow their current Hogwarts display this summer, but it’s worth bearing in mind that this is a totally separate wave for 2021, capitalising on the 20th anniversary of the very first LEGO Harry Potter sets.

We could therefore see a return to the previous style in 2022, when the LEGO Group (hopefully) finally comes through with the Harry Potter and the Deathly Hallows sets we were originally expecting this year (following the pattern established since the theme’s resurgence in 2018).

Nothing is out of the question at the moment, but at the same time, nothing is confirmed – so this return to the classic sand green roofs of those original early-2000s sets could well be here to stay. For now, all we know is that buying into this summer’s range of LEGO Harry Potter sets will mean starting totally afresh with a brand new Hogwarts display.