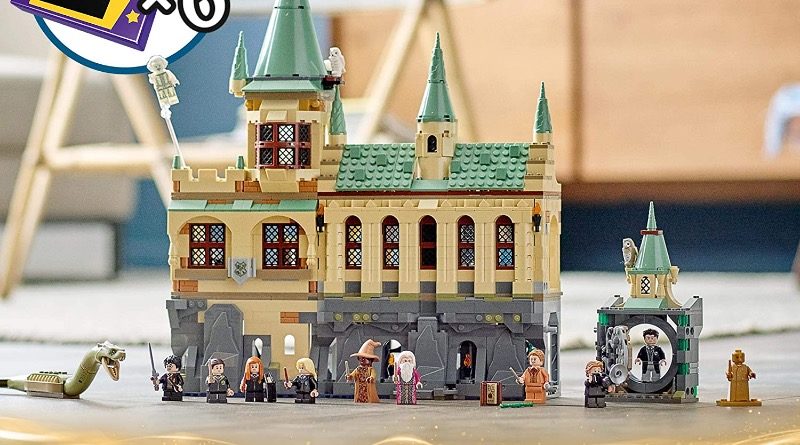 Amazon Spain has published the first images of this year’s LEGO Harry Potter 20th anniversary sets, including a brand new Chamber of Secrets.

We already know that this summer’s sets will each contain an exclusive, golden Harry Potter minifigure to celebrate the 20th anniversary of both the LEGO theme and the first movie, Harry Potter and the Philosopher’s Stone. But this is our first official look at the sets that will include those minifigures – and they mark what may be the beginning of a brand new era for the Harry Potter theme.

That’s because the modular Hogwarts sections here are only compatible with each other, departing from the huge castle we’ve all been slowly piecing together since 2018. Of course, given the theming of these sets, the new building style and classic sand green roofs could just as easily be a one-off callback to the original Potter sets, and we’ll see a pivot back to the likes of 75954 Hogwarts Great Hall and 75948 Hogwarts Clock Tower in 2022.

Amazon has revealed four sets in total, which means we’re still missing at least two, based on the total number of golden minifigures we’ve seen so far. Images for two of the sets have been cropped from a larger pic (h/t StoneWars) showing how the various Hogwarts sections come together, so they’re pretty tricky to make out at the mo, but it’s better than nothing.

The promo artwork for these sets also confirms earlier rumours that the sets will also come with collectible wizard cards, which look likely to be randomly-distributed 2×2 printed tiles (that’s what’s known as ‘the VIDIYO effect’).

We’ll let you know if Amazon reveals the missing two LEGO Harry Potter 20th anniversary sets, and bring you the official images and announcement from the LEGO Group as soon as we can.