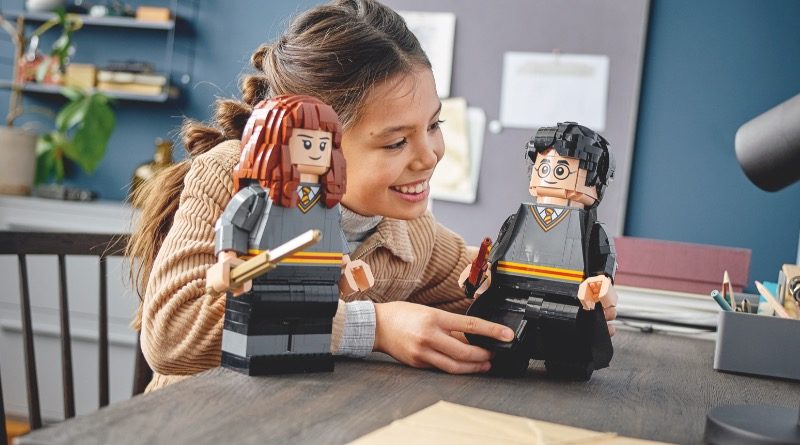 The LEGO Group will be trialling a new size of minifigures in the upcoming Harry Potter set, 76393 Harry Potter & Hermione Granger, and it has us wondering what other characters should see the same treatment.

Say what you will about the minifigure builds in the new Harry Potter wave, but it’s one of the more experimental ideas from the LEGO Group and leaves a lot of possibility for future expansion.

From a galaxy far, far away to classic theme of sea and space, here are five characters that need their own massive minifigure models.

Starting the list strong is the most iconic Sith Lord of all, Darth Vader. This menacing character can usually be seen terrorising the galaxy and even his minifigure has a striking presence. The dark-hued helm of Darth Vader has undergone many LEGO iterations before, including an upcoming LEGO helmet, but one at the scale in these new models could present an interesting challenge for the LEGO designers to conquer.

Batman is the iconic Dark Knight of Gotham City and has been protecting its citizens for 82 years. Unless you’ve been sleeping under a rock, you’ll know that there have been quite a few LEGO interpretations of the caped crusader so for a massive minifigure the LEGO designers would have no shortage of choice. It could also be a chance to explore designs for the new and enlarged capes such as the one present in 76393 Harry Potter and Hermione Granger.

The Captain of the Black Seas Barracuda would make for a great upscaled minifigure, with his peg leg and hook hand both being a possible hurdle for the LEGO designers to overcome and experiment with new ideas and designs. Speaking of designs, the Captain’s was updated in 21322 Pirates of Barracuda Bay, so a model could even be based on his newer iteration. However, such a build could also be paired with the next entry on the list for a nostalgic double pack.

Classic Space has become one of the most remembered and recognised themes in the LEGO Group’s history, with the minifigures that inhabited the old sets consisting of colourful astronauts. The characters have been the subject of a few LEGO sets since including a main role in The LEGO Movie. But pairing one with Captain Brickbeard for a classic, oversized double pack would be one of the most nostalgic builds yet.

Technically this is two characters, but we can’t break up a couple. Considering the most famous mice in the world already have their own buildable figures in 43179 Mickey Mouse & Minnie Mouse Buildable Characters, it seems only right for the most popular ducks to have their own dedicated LEGO models too. Plus, seeing the upscaled versions of the specially moulded heads and accessories would surely lead to some unique building techniques.