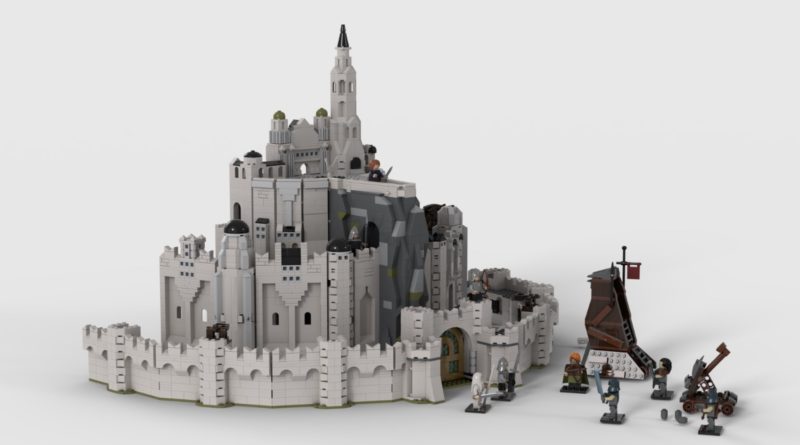 Reports of a LEGO The Lord of the Rings D2C in 2023 have surfaced online and there’s still plenty in the franchise to cover with a huge set.

LEGO The Lord of the Rings last received a massive model in 2013 with 10273 Tower of Orthanc. With rumours of the theme returning next year, including mention of a possible D2C (an exclusive LEGO set available at LEGO.com or select retailers usually large in size).

Promobricks isn’t as certain on the status of that D2C, so it would be wise to take it with extra caution. However, here are five possibilities for a LEGO The Lord of the Rings D2C, keeping in mind that these rumours have yet to be officially confirmed.

At the time of writing, LEGO The Lord of the Rings only features a brick-built Balrog in the video game, as well as in LEGO Dimensions. While the report states that a BrickHeadz version could be coming in 2023, a larger version as a D2C could be good for those with a bigger budget, with additional detail to scale with minifigures.

This concept could come in the form of a massive Diorama with the rock bridge and Gandalf confronting the beast while the rest of the fellowship watches.

When it comes to large locations in The Lord of the Rings, two of the most iconic areas are Rivendell and Helm’s Deep. The latter has already received a bigger LEGO set in the form of 9474. The Battle of Helm’s Deep. However, Rivendell’s only LEGO representation has been 79006 The Council of Elrond.

It may be time for a larger model dedicated to Rivendell to better realise the beauty and architecture of the Elven settlement but at a smaller, more affordable scale similar to 71043 Hogwarts Castle

As mentioned, 10237 The Tower of Orthanc was released in 2013, a recreation of one of the most recognisable tower fortresses in The Lord of the Rings. However, there’s another that has yet to receive a LEGO set.

Complete with the glowing eye at its peak, a huge LEGO model depicting Barad-dûr could be a good accompaniment to the 2013 set, as well as a standalone build worth displaying on its own.

3 – LEGO The Lord of the Rings Icons

With 76391 Hogwarts Icons – Collectors’ Edition recently released for LEGO Harry Potter, a similar collection of prop recreations for The Lord of the Rings may work well as a different kind of LEGO set considering the many iconic items in the franchise.

Sting and its scabbard, the Staff of Gandalf and Saruman and the One Ring would all be good contenders for A LEGO The Lord of the Rings Icons – Collectors’ Edition.

Following the upcoming release of 76215 Black Panther, a bust of Sauron and his iconic helmet could be a good option for a LEGO The Lord of the Rings D2C.

It could come complete with a nameplate and a life-sized LEGO One Ring, similar to the gauntlets that are included in 76215 Black Panther.

Minas Tirith is another location from The Lord of the Rings that has never received a LEGO set and with its huge size, a D2C could be the perfect way to depict it.

Without a monumental price, a smaller scale may be the best option for a LEGO Minas Tirith, also similar to 71043 Hogwarts Castle as we mentioned for Rivendell too.