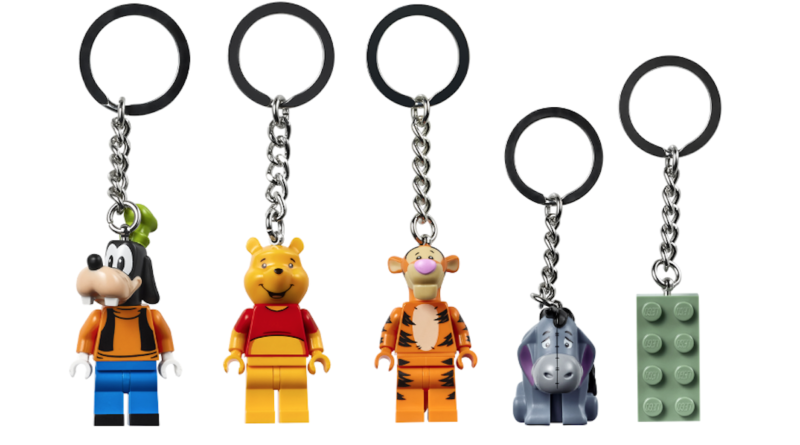 The official online store has added five new upcoming keyrings to its range, including LEGO Disney characters and a LEGO brick.

The LEGO Group has now revealed that five new keyrings are set to be available from next month. These include four LEGO Disney characters and a new LEGO brick colour that we’ve not seen before. First up is Goofy, who joins Mickey Mouse and friends, making a nice addition to the LEGO Disney character keyring family.

Also on the way are Winnie the Pooh, Tigger and Eeyore keyrings, which are bound to be snapped up by those fans who also picked up LEGO Ideas 21326 Winnie the Pooh. Finally, a new classic 2×4 LEGO brick is on the way, in a subtle sand green colour.

Support the work that Brick Fanatics does by purchasing your LEGO keyrings through our affiliate links.