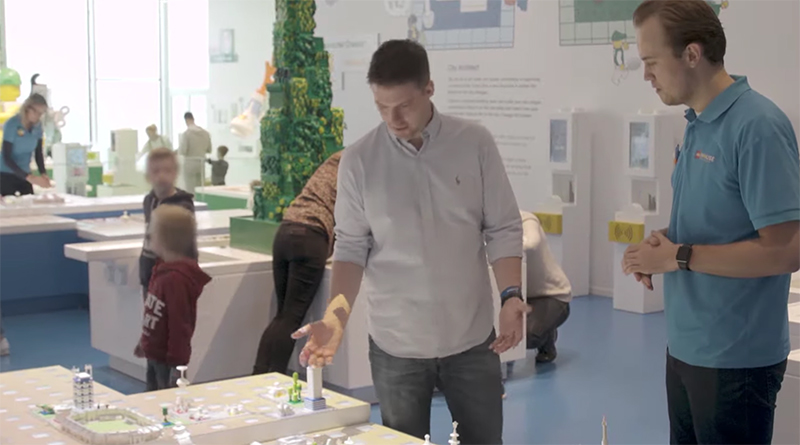 Fans get a fun tour of the LEGO House in this video with one of the creatives behind the Forza Horizon 4 LEGO Speed Champions update.

Forza Horizon 4 is introducing LEGO Speed Champions in a new update that was announced at E3 2019 and will launch this week. In the first behind the scenes video about the project, Principle Game Designer Mike Brown visits the LEGO House in Billund, Denmark.

During the tour, Mike Brown visits the World Explorer zone, tries out Speed Racer and builds his own fish. He also displays his own LEGO fandom in the vault beneath the LEGO Ideas House.