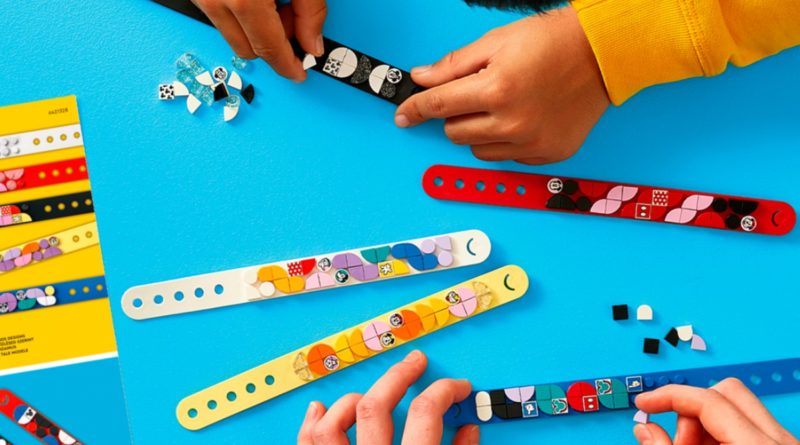 Now that LEGO DOTS is partnering with Disney for new Mickey sets, there are plenty of other Disney licenses we’d like to see get creative.

On August 1, 2022, three LEGO Disney DOTS models will release, representing Mickey Mouse and his friends on tiles featuring their faces and other Disney imagery. However, these initial licensed DOTS sets also open up the theme to other properties in the future. Though nothing more is confirmed, we can at least speculate as to what else could work well with LEGO DOTS.

Note that this is only speculation and we’re sticking to properties under the Disney umbrella to keep things somewhat realistic for the time being.

Across its animated projects and live-action films and series, Star Wars has a distinct colour scheme with the glow of lightsabers and the rushing lights of hyperspace. Bracelets might work best with this license for lightsaber-based bracelets themed to the light side or the dark, or even a hyperspace accessory showing the rush of travelling across the galaxy.

With a new Disney+ series ongoing, Ms. Marvel seems like a good fit for LEGO DOTS as both her series and comic counterparts have a creative style and flair to them. This colourful and fun style that makes up the character could work well with LEGO DOTS for a superhero-based range of models to personalise with Marvel imagery.

One of the latest themes from the LEGO Group is LEGO Avatar, visiting the world and lush environment on Pandora. With Avatar: The Way of Water and more movies on the way, recreating Pandora through the creative lens of LEGO DOTS might lead to a natural range of sets, incorporating the bioluminescent elements of the flora too.

Now that Mickey & Friends has a range of LEGO DOTS models, there’s another group of Disney characters that would make sense for the theme. LEGO Disney has already released a few accessory-focused sets using the Princess characters, but a dedicated range partnered with LEGO DOTS could provide more options to personalise existing or new models to one or more characters, especially with the recent addition of patches to the theme.