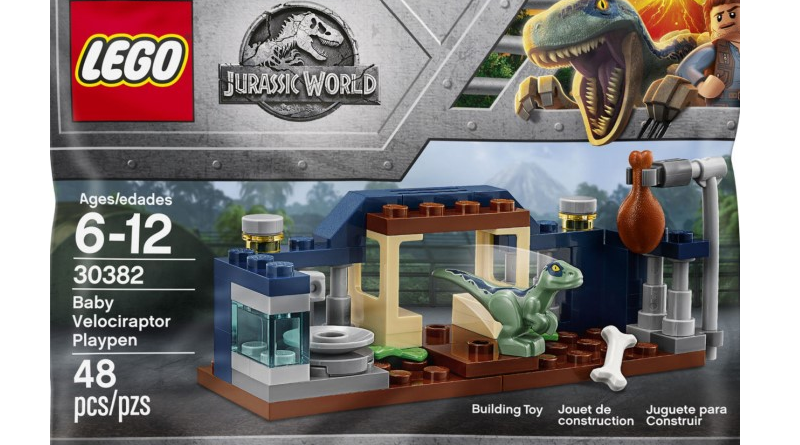 LEGO dinosaur and/or polybag fans will want to buy their copy of Jurassic World: Fallen Kingdom from Tesco, where customers will get 30382 Baby Velociraptor Playpen free with purchases. The little set includes a baby raptor and buildable enclosure. Both the Blu-ray and DVD will come with the free set.

The polybag seems to be inspired by the flashback scenes that see Chris Pratt’s Owen bonding with Blue the raptor as a baby. The colour on the polybag dinosaur matches that of the fully grown Blue in 75928 Blue’s Helicopter Pursuit.

Jurassic World: Fallen Kingdom was released on Blu-ray, 4K Ultra HD and DVD today. In the sequel to 2015’s Jurassic World, Chris Pratt’s Owen Grady is reunited with Bryce Dallas Howard’s Claire Dearing as the pair seek to rescue the dinosaurs from Isla Nubla, before the island’s volcano is about to erupt and wipe the genetically created critters out.

It was recently confirmed that more LEGO Jurassic World sets will be released next year.