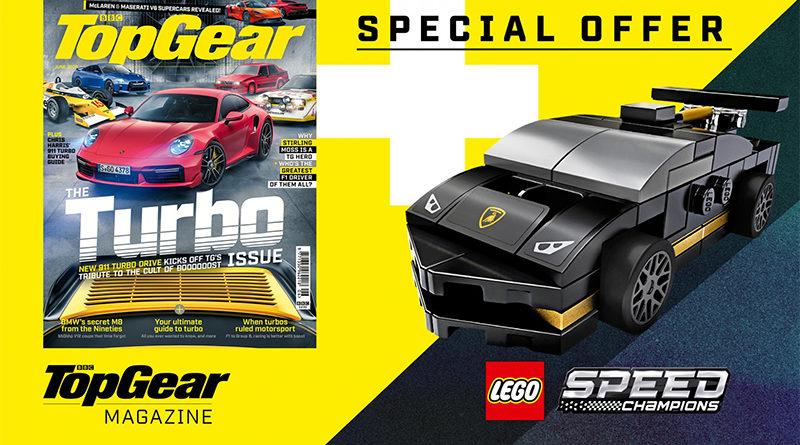 Previously discovered at Wal*Mart in the USA, fans in the UK can now get LEGO Speed Champions 30342 Lamborghini Huracán Super Trofeo attached to the cover of Top Gear magazine. The title is only available with the bonus LEGO set at Tesco stores.

The cover price is £4.99, which doesn’t seem too bad for Speed Champions completists who need the set. Particularly since they will also get a magazine packed full of car related features.

Rather than wading into the six stud vs eight stud debate, the micro car is at a size all of its own.

Over the course of a five part interview, LEGO Design Lead Chris Stamp explains to Brick Fanatics how the theme has developed over the years to the point where he and the team were ready to change the size of the cars. He discusses the importance of authenticity and how the new scale has helped the LEGO designers to introduce new cars to the theme.