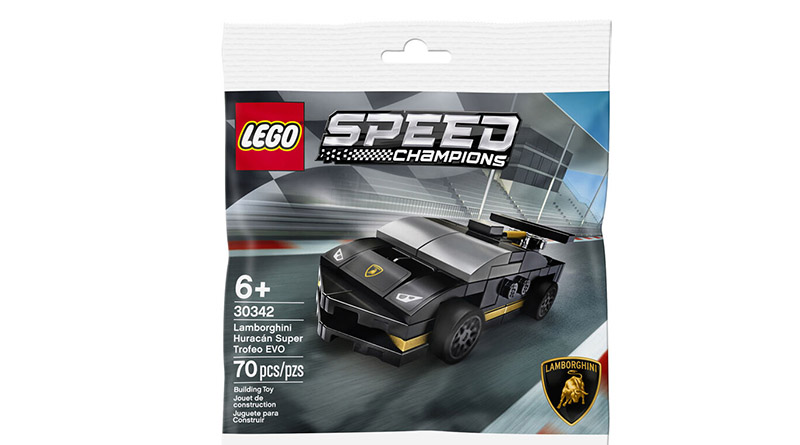 LEGO Speed Champions has shifted in scale to eight wide cars this year in a move to introduce a more authentic scale to the theme. In the case of this polybag though, the scale is smaller than ever before with just 70 pieces used to construct 30342 Lamborghini Huracán Super Trofeo EVO.

The little set has turned up at Wal*Mart in the USA, the Brick Fan reports, priced at $4.97.

Over the course of a five part interview, LEGO Design Lead Chris Stamp explains to Brick Fanatics how the theme has developed over the years to the point where he and the team were ready to change the size of the cars. He discusses the importance of authenticity and how the new scale has helped the LEGO designers to introduce new cars to the theme.