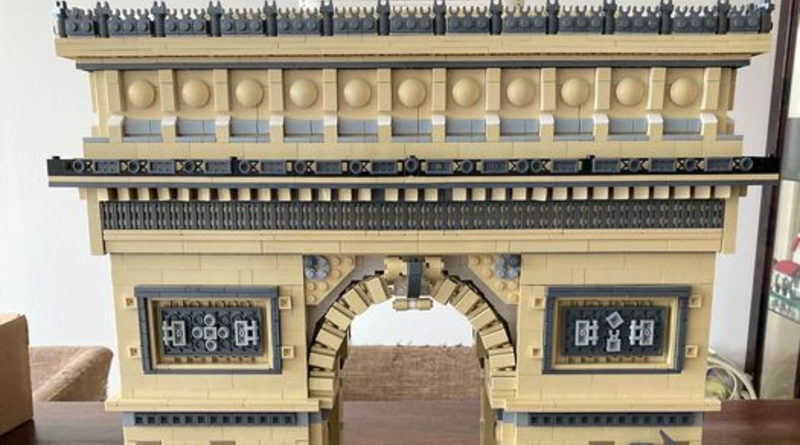 A stunning Arc de Triomphe custom build could bring a unique LEGO touch of Paris to your collection, as part of a truly one-off auction.

Brick Fanatics has partnered with Catawiki to highlight some of the auction website’s most notable LEGO-related listings. This week, a massive MOC is paying tribute to one of the city of love’s most iconic landmarks.

If you’ve been searching for a European model to sit alongside 10276 Colosseum and still rival it in size, then it might be worth heading over to Catawiki to check out their latest selection of LEGO builds, sets and merchandise.

Sitting at over 9,000 pieces, this LEGO Arc de Triomphe is not an official LEGO set, but rather a one-off custom build. At that piece-count, it can sit alongside even the largest landmark LEGO sets without breaking a sweat, and without skipping on detail. Anyone who’s seen the structure in person would know of the intricate carvings and engravings throughout it and this creation manages to capture them all through a variety of techniques.

Even the Eternal Flame has some flowers placed carefully around it, with gold detailing indicating the edge of the Unknown Soldier tribute. As a fan-made model it’s truly one of a kind and would no doubt be a talking point for any room.

This particular item doesn’t come cheap though, lending to its value as the only one of its kind. The starting bid comes in at €510, whilst experts expect it to sell for anywhere between €950 and €1,050. So if you fancy displaying a portion of Paris in your home, you might want to keep an eye on this Catawiki auction.