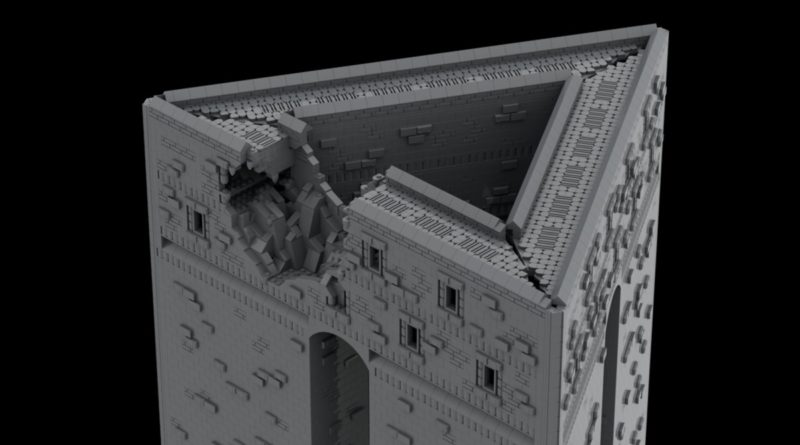 An important location in the Wizarding World never seen before in LEGO Harry Potter sets has been faithfully recreated in a model with over 10,000 pieces.

A user of the LEGO Subreddit who goes by the name of Scoutisaspyable has transformed a key part of the Wizarding world into bricks, imagining Azkaban in bricks. While there have been official LEGO Harry Potter models based on the Prisoner of Azkaban movie, the prison itself has never been included in the theme.

The unusual, triangular shape of Azkaban may be partly to blame for this with the all-grey structure being a challenging piece of source material compared to the more colourful Diagon Alley and Hogwarts, which have both had a set in 75978 Diagon Alley and 71043 Hogwarts Castle.

The Reddit user was not dismayed by the shape though and used 10,875 elements to finish a LEGO recreation of the prison. A comment reveals that the build was done digitally, though it still needed to be assembled with all the detailed brickwork.

Another Reddit build that visited an area of the Wizarding World rarely seen in official models explored Gringotts, both above and below ground.

There has not yet been a LEGO Azkaban model, though it is rumoured that the most expensive LEGO Harry Potter set is coming later this year, and we’ve got a few proposals for what it could be, although it is still unconfirmed.