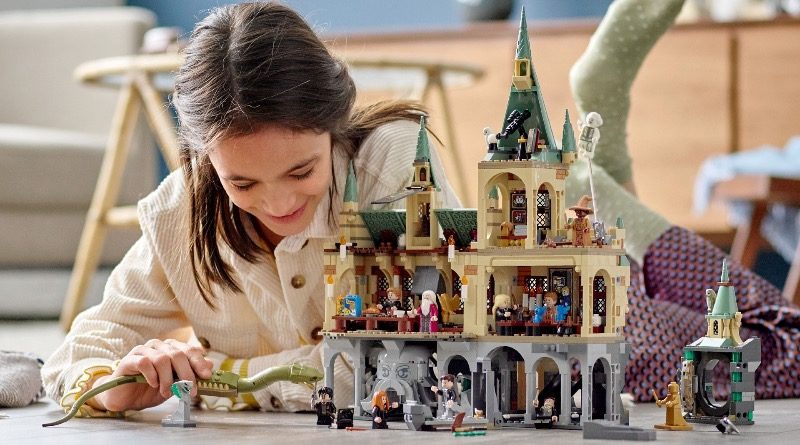 The LEGO Group has refuted claims that this summer’s Harry Potter 20th anniversary set 76389 Hogwarts Chamber of Secrets has been delayed due to production errors.

Rumours of the flagship set’s delay beyond its planned June 1 release date originally cropped up through Zusammengebaut earlier this week. YouTuber AustrianBrickFan apparently told the fan site that third-party retailers’ orders of 76389 Hogwarts Chamber of Secrets (review) had been pushed back to August, with an anonymous comment claiming the set was facing ‘worldwide production delays’.

We reached out to the LEGO Group to either confirm or deny the story, and we’ve now heard back that there’s no truth to at least the commenter’s claim that 76389 Hogwarts Chamber of Secrets will soon be delayed at LEGO.com, too. According to the company’s Engagement Team, neither that nor any of the other five Harry Potter sets launching next month have been affected by any production delays.

That doesn’t mean there’s no truth to AustrianBrickFan’s original rumour, however, as JB Spielwaren has indeed amended 76389 Hogwarts Chamber of Secrets’ launch date to August 1, instead of the originally-listed June 1. But UK-based third-party retailers including Argos and The Hut are still accepting pre-orders with a launch date of next month, while other European retailers including Alternate and Brickshop are also following suit.

Regardless, you’ll definitely be able to pick up 76389 Hogwarts Chamber of Secrets from LEGO Stores and LEGO.com on June 1. And if you’re buying day one, VIP points is probably the best form of discount you’ll find anyway…