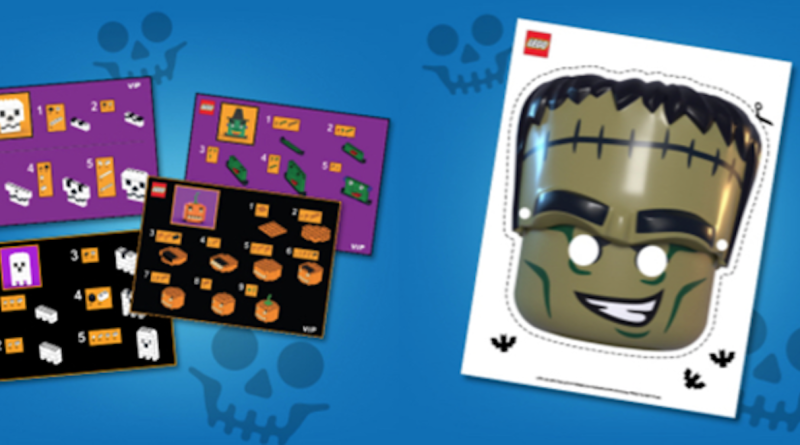 As we creep nearer to the spookiest season of the year, the LEGO VIP Rewards Centre is now offering Halloween activity packs.

Next month sees the arrival of this year’s Halloween, with the LEGO Group once again getting involved with the spooky occasion. In 2021 we were treated to the animated LEGO Star Wars Terrifying Tales special on Disney+, a series of scary LEGO Star Wars shorts on the streaming service and the arrival of both 40493 Spider & Haunted House Pack and 40497 Halloween Owl.

This year’s frightening LEGO set offering is already available for purchase in the shape of 40570 Halloween Cat & Mouse, with the 328-piece model retailing for £11.99/$12.99/€12.99. In addition, a recent LEGO VIP GWP offer that was due to end on September 30 has now vanished from the official online store, with 40515 Pirates and Treasure VIP Add On Pack potentially being followed in October by 40513 Spooky VIP Add On Pack, although that has yet to be confirmed.

The VIP Rewards Centre has now added yet another new category to its list of redeemable items, with A Haunting LEGO Halloween range of downloadable activities. Members can grab up to six separate themed rewards, such as Halloween character minifigure masks to print and wear, activity and colouring sheets and Fun Halloween Building Instructions.

The latter offers LEGO VIPs four different models to make from pieces they may already have in their collections, including a pumpkin, ghost, skeleton and witch. The cost of the Halloween-themed rewards ranges from 25 to 100 VIP points, making them affordable enough for most members to download.