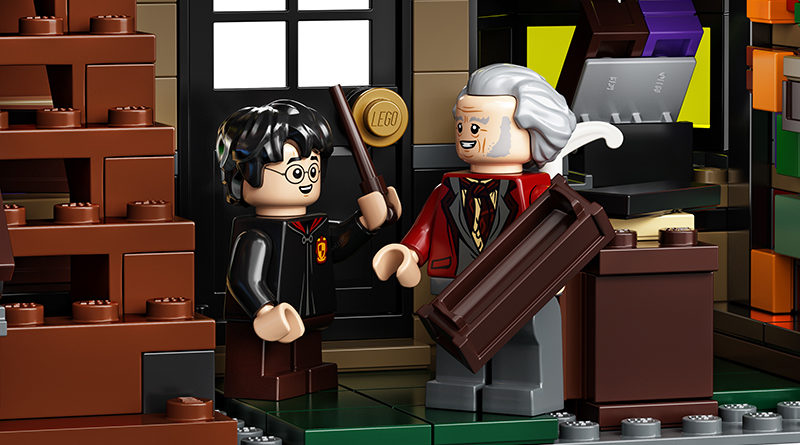 To celebrate the launch of LEGO Harry Potter 75978 Diagon Alley, the LEGO Group is giving away 150 free VIP points to Potterheads.

LEGO Harry Potter 75978 Diagon Alley has been announced today and to celebrate, fans of the franchise can get 150 free VIP points. The VIP Reward Centre at LEGO.com now features a Harry Potter quiz – to get 150 bonus points, fans need to answer six of nine questions correctly.

That means before starting the quiz, fans will need to be sure they know their George from their Fred, or something much more obscure and difficult to answer.

75978 Diagon Alley is the newly unveiled 5,544 piece set. The memorable location is represented in one set that offers multiple modular buildings. The product will be available tomorrow, September 1, exclusively at LEGO.com. It is priced at £369.99 in the UK and $399.99 in the USA.