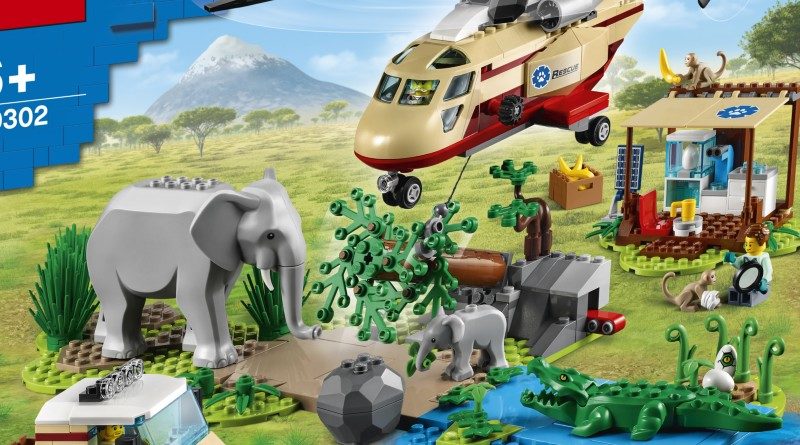 The new LEGO City summer 2021 sets contain several moulded animals that remake older elements, but just how do the original iterations compare to the modern bricks?

LEGO City is heading on an animal rescue adventure later this year as the latest subtheme for the evergreen theme introduces some new animal pieces for lions, elephants and monkeys. However, those latter two have made a few appearances in sets before.

The original bricks for the Monkey and Elephant are far different to their modern-day versions and exactly what has changed is very similar across the two species.

For the elephant, the most obvious difference is in the hue, a lighter colour now represents the gentle giant, and some much smaller tusks adorn the face. However, look a little closer and you’ll notice that whilst the element appearing in 7414 Elephant Caravan had seven points of articulation while the new piece has just one.

The lack of poseability might be the cost of the extra detail on the new mould, such as a pair of printed eyes, as opposed to hollow holes, and shaping on the feet.

The primate piece has this same change, with the original monkey brick having eight moving limbs and the new element having none. However, it’s worth mentioning that this isn’t the first modern LEGO iteration of a monkey, with LEGO Collectible Minifigures Series 7 also including a static monkey part.

That articulation being gone means that the LEGO designers have been able to feature more designs into the mould, including a smiling face and two tones of colour.

The changes between these animals may represent a shift in the LEGO Groups formula of play, with the designers now choosing to focus on good-looking, displayable pieces rather than ones with more moving parts. We’ll have to see if this theory proves correct in future sets, but the new LEGO lions do at least contains some articulation to them.