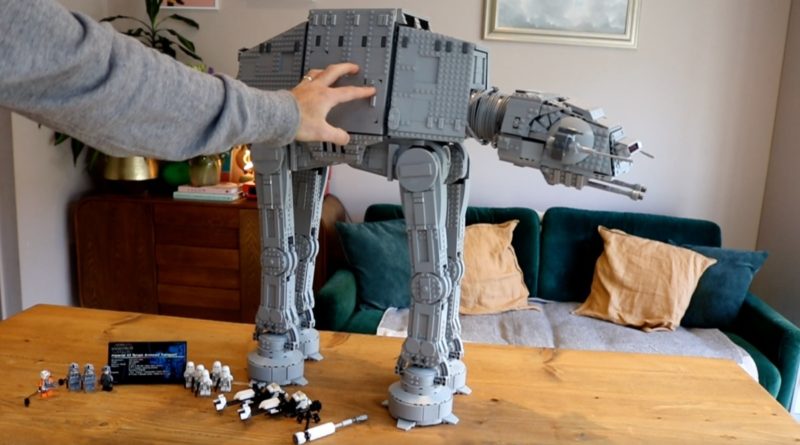 Watch as we push, prod and shake the newly-unveiled LEGO Star Wars 75313 AT-AT to see just how sturdy the latest Ultimate Collector Series set really is.

Achieving a model capable of standing on its own four legs is a basic requirement of any LEGO AT-AT – but where a nearly-7,000-piece version is concerned, it’s perhaps also the biggest challenge. For years, many insisted it couldn’t be done within the restrictions of official LEGO design parameters, and the mantle was picked up by fan designers like Cavegod and Gábor Vértesi-Nagy.

But this is 2021, and apparently nothing is impossible anymore. Standing nearly 62cm tall atop four beefy legs, 75313 AT-AT is here in the flesh, and will be available to purchase later this month. We’ve already got our hands on a copy, however – read or watch our verdict – which has allowed us to put this behemoth through its paces and see just how sturdy it actually is.

The only way to really test that notion, of course, is to give the walker a little push. Here’s what happened when we shook, poked and prodded the UCS AT-AT to see how easily it would come tumbling down…

As you can see, the answer to our original query is that it’s very, very stable. Way more stable than last year’s 75288 AT-AT, in fact, which topples over if you so much as glance in its direction. See for yourself by checking out our video review below, which involves a stability test comparing both of the latest LEGO incarnations of Imperial machinery.