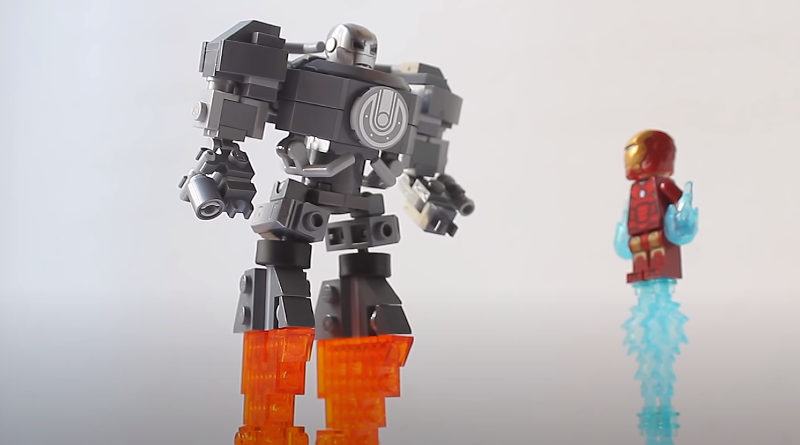 A builder has devised their own mini version of Obadiah Stane’s armour from LEGO Marvel 76190 Iron Man: Iron Monger Mayhem, as well as everything you’d need for an action-packed display.

The LEGO Group have recently released their own version of the Iron Monger armour as part of the new The Infinity Saga wave, but they’re not the only one revisiting the past blockbusters from the MCU as LEGO YouTuber hachiroku24 has tackled the build at a much smaller scale.

Whereas the official version’s size allows it to house a minifigure, glow in the dark elements and play features, the fan-made build focuses on accuracy to the movie and doesn’t tower over Iron Man quite as much.

The size also means that the new large helmet print used in 76190 Iron Man: Iron Monger Mayhem was just a bit too big for the model, so instead the Youtuber makes use of the smaller piece found in 76125 Iron Man Hall of Armour.

Whilst the fan build is more accurate in terms of size, the features that the larger version is able to pack in may be more preferable to some fans, not to mention the exclusive minifigures.

76190 Iron Man: Iron Monger Mayhem is out now for £34.99 / $39.99 / €39.99 or will launch August 1 in the US along with the rest of The Infinity Saga sets. Three minifigures are included such as the first LEGO Obadiah Stane and a new version of Tony Stark’s Mark III Iron Man armour and Pepper Potts.