Well that doesn’t seem new does it? But the new animated gif advert that’s been running on Facebook and the Ideas site this past week raised my eyebrow for a different reason.

In the blurb attached to the post, they say ‘We’re looking for creative and original ideas … ones that start from scratch like Exo-Suit, Birds, and Maze’. I thought this was interesting as conspicuous in their absence from the examples are all of the Ideas releases based on third party intellectual properties. With Exo-Suit, Birds and Maze all being ones where LEGO haven’t had to negotiate some kind of licensing agreement, it makes me wonder what the advert is really trying to say.

The rules for submissions to LEGO Ideas haven’t changed; you can still submit your ‘Jayce and the Wheeled Warriors project’ if you really want to and while the statement that LEGO want original submissions has always been true, I find myself asking why focus on it in such a specific way.

My first thoughts turn to the kind of projects I see reaching 10K which seem to be predominantly IP projects. There are reasons for this though; I think that an initiative like Ideas was always going to be full of projects trying to get LEGO sets of people’s favourite TV and movie stuff made. In some ways that’s a shame but Ideas is about what the public want, not what I or anyone else thinks they should want.

I don’t know how it all goes on the inside but frankly, I can imagine that having to negotiate licences with companies over and over again just to find out if the set can be made at all could be a frustrating task and easily feel like it’s a part of too many reviews. Then you’ve got the ‘Firehouse paradox’: LEGO admitted that they didn’t handle that too well and while LEGO did nothing untoward in their development of the Firehouse set, I’d probably face-palm every time I saw a project pop up that I knew was already being worked on internally because even though it’s inevitable, it’s just a melting pot for awkward conversations and who needs that?

If someone at LEGO told me that they’d hoped Ideas would be people submitting projects that looked more like ‘LEGO sets’ and less like merchandise, I’d believe them and I’ll be honest, I’d probably say I hoped that too. Don’t get me wrong, it’s nice to have LEGO incarnations of some of our culture’s iconic fictional entities… But! I also think that some great designs just get lost in there and can’t compete. I know, I know: How many people want some spaceship they’ve never seen before? I’d agree but Evilyushin’s Dragonfly looks better to me than most of Galaxy Squad did. Of course, it’s unlikely to hit 10k so instead, LEGO will just have to refuse some licensed eight-thousand piece submission that got all the votes even though everyone should know by now it was far too big to go as far as the shelves.

I’m being a bit grumpy (it’s late) but there you go. If LEGO are trying to encourage more non-licenced ideas, I hope they succeed, it’s certainly more of what I want to see on Ideas…

…Or maybe I just paid far too much attention to that gif!

Hello, I'm Luc and I've been a Lego builder as long as I can remember. My Lego motto is 'From Imagination to creation' and I'm a hardcore MOCer through and through. That doesn't mean I don't like getting sets though, not only do they look great and give you exciting new bricks to build with but they teach you great techniques that you can use in your own creations. When I'm not working on some overly-complex AFOL model, I'm playing and creating with my daughter, which makes sure that I never lose the fun, and it's this multi-faceted system of creativity and play that makes Lego the toy of all toys for me 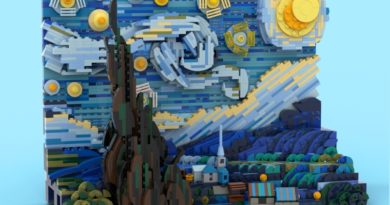 The LEGO Group has announced that an upcoming Ideas set will pay homage to Vincent van . . .

END_OF_DOCUMENT_TOKEN_TO_BE_REPLACED 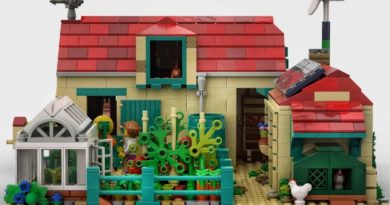 The next LEGO Ideas bracket is already starting to grow as a more peaceful, farm-themed project . . .

END_OF_DOCUMENT_TOKEN_TO_BE_REPLACED 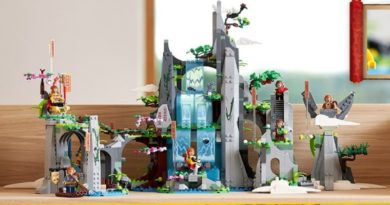 More of the 2021 sets for LEGO Monkie Kid have been revealed, giving fans an idea . . .

END_OF_DOCUMENT_TOKEN_TO_BE_REPLACED 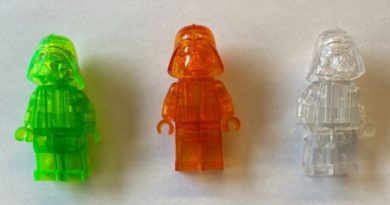 END_OF_DOCUMENT_TOKEN_TO_BE_REPLACED

The launch of LEGO Star Wars: The Skywalker Saga is drawing nearer by the day, so . . .

END_OF_DOCUMENT_TOKEN_TO_BE_REPLACED

The life and soul of the party requires an extravagant environment to match, and that’s exactly . . .

END_OF_DOCUMENT_TOKEN_TO_BE_REPLACED

A store on AliExpress is already selling a knock-off version of the newly-announced LEGO Ideas project . . .

END_OF_DOCUMENT_TOKEN_TO_BE_REPLACED 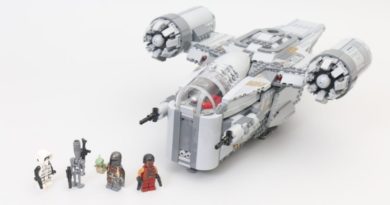 Lucasfilm has reportedly reclaimed the trademark rights to ‘The Razor Crest’, allowing the LEGO Group to . . .