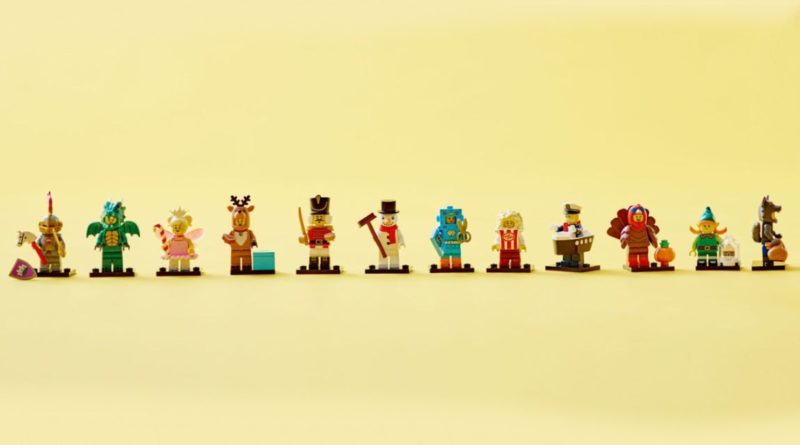 Individual images for every character in 71034 Series 23 have been revealed, showcasing every new Collectible Minifigure in full.

Following an initial unveiling of the full set of 71034 Series 23 Collectible Minifigures on the LEGO CON 2022 hub, the official online store’s listing of the latest minifigure range has been updated with individual images for the characters, giving us a closer look at all the new elements.

From left to right in each row of the below gallery, the minifigures are the Nutcracker, Sugar Fairy, Green Dragon Costume, Snowman, Reindeer Costume, Christmas Elf, Turkey Costume, Cardboard Robot, Popcorn Costume, Wolf Costume, Ferry Captain and Knight of the Yellow Castle.

Each minifigure has at least one new brick for a worn element or an accessory. While many may be specific to these minifigures, others may find use outside the series such as the snowman head.

71034 Series 23 appears to span multiple topics for the latter half of the year including the 90th anniversary of the LEGO Group, Thanksgiving and Christmas with other assorted characters mixed in.