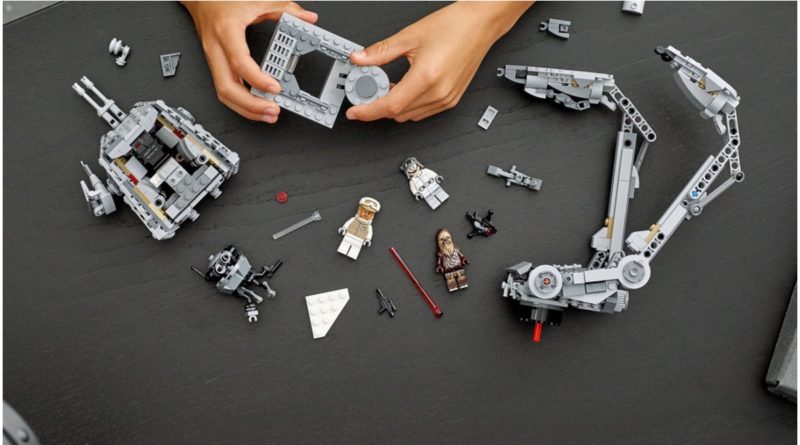 75322 Hoth AT-ST is an exciting new entry in the LEGO Star Wars range, but is it fixing the flawed legs of the sets that went before it?

LEGO AT-STs have been appearing on store shelves for some time, with recent versions sharing some common design elements. 75153 AT-ST Walker established a blueprint for today’s models; released in 2016, it offered new innovations like a geared mechanism for turning the cab. Later versions like 75254 AT-ST Raider were very similar in terms of overall construction.

75322 Hoth AT-ST further refines the AT-ST design. Its cannons are more intricate and its feet use multiple parts for texture this time around. The sand blue highlights from the 2016 version also appear to be absent.

What doesn’t seem to have changed is the core leg structure, which may have an impact on playability. While older AT-STs were technically articulated, the leg design couldn’t support any other angle than the default one. This meant that posing the legs (outside the default pose) would cause it to topple over, hampering play and display in the process.

This model seems to have the same problem, and it’s telling the official product images don’t show the AT-ST’s legs moving. While it’s not a deal-breaker for Star Wars fans, it’s disappointing that this model doesn’t seem to fix a significant flaw with this Star Wars model. Still, until we get one in our hands, we cannot say for sure.