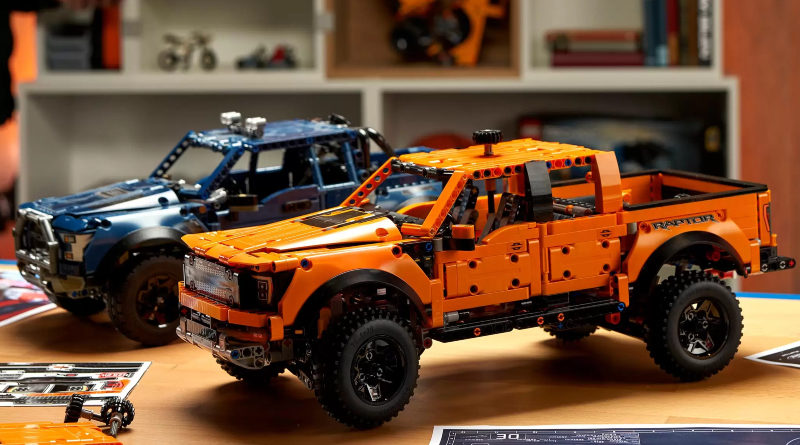 A Russian LEGO certified store may have revealed a prototype model of Technic 42126 Ford F-150 Raptor in a product listing’s images, or is the different design another vehicle entirely?

Mir-kubikov, a certified LEGO store in Russia has listed the Technic 42126 Ford F-150 Raptor ahead of release, but some of the official product images provided by the online store show another Ford model, similar in design to the finished set.

This blue variant is seemingly based on the Ford Ranger Raptor rather than the F-150 Raptor, with the angular grille shape standing out compared to the uniform look of the orange model. The overall size also differs, suggesting that before the F-150 Raptor was selected, the LEGO designers intended to look towards the other vehicle for inspiration.

It could also be that, with the finished stickers, this is an unreleased LEGO Technic set that was either cancelled in the late stages of production or possibly has yet to release.

Judging by the other concept models of 42126 Ford F-150 Raptor stored in the background, similar to how such creations were also present in the designer video for Marvel 76178 Daily Bugle, the former seems most likely.