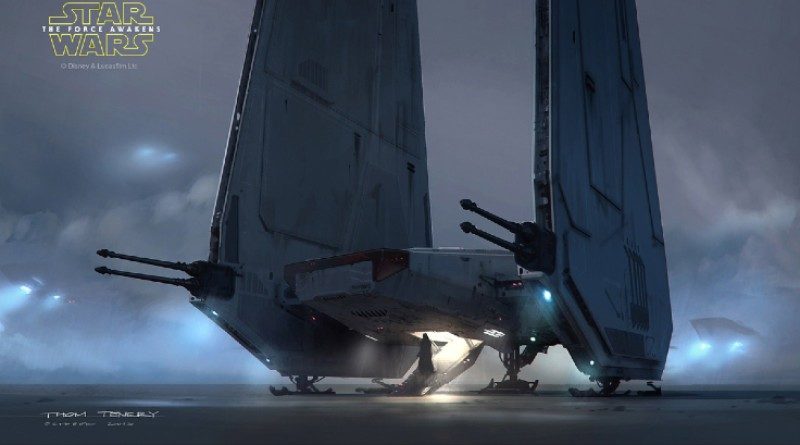 A new set of concept art has revealed what may have been the early inspiration for LEGO Star Wars 75104 Kylo Ren’s Command Shuttle, a model known for its inaccuracies to the cinematic version.

In 2015, the LEGO group released several sets alongside The Force Awakens as part of a new trilogy of Star Wars movies. At the time, one particular set stood out from the crowd for some design choices that proved inaccurate to the ship seen in the movie.

The model was coloured almost entirely grey and featured tall, fin-like wings that folded down. However, in the film, the wings turned into a different position and the ship was black. This mistake was later fixed in 75256 Kylo Ren’s Shuttle, but it does leave you to wonder how it happened in the first place?

Well, the answer may have been revealed thanks to Artist Thom Tenery sharing some Star Wars concept art on his Twitter. In it, we can see the grey version of the shuttle, potentially confirming that this, or a similarly early concept is what the LEGO designers were shown before making the set.

In the replies to the Tweet, Thom explains that the rotating wings were not originally part of the design and got added later, answering the question of how both inaccuracies made their way into the set. The LEGO Group were simply given an early look and worked with the knowledge they had.

It’s good to know that the LEGO Group made an honest mistake when it came to this set, and amended their error in a new set for the final film in the trilogy. Speaking of Star Wars, the LEGO Star Wars Helmet Collection is about to expand.