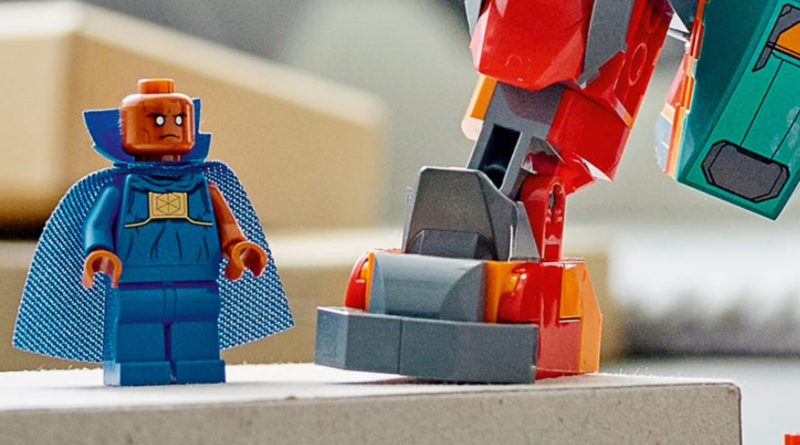 Jeffrey Wright is now one of the few actors who has been represented across both LEGO superhero themes with roles in Marvel and DC projects.

As part of the newly revealed LEGO The Batman sets, a new minfigure for Commissioner Gordon will release in 2022, or earlier for those of you in the US, but it’s not the first superhero minifigure based on Jeffrey Wright – who portrays the character in the upcoming movie.

Unlike Zoë Kravitz, who now has two minifigures for Selina Kyle, Jeffrey Wright’s other plastic iteration is from a different theme entirely. The actor has previously provided the voice of The Watcher in Marvel Studios’ What If…? series, guiding us through the vast multiverse in the first season of the show.

Not only does this make Jeffrey Wright one of the relatively few actors who have a character in both DC and Marvel projects, such as Micheal Keaton, but it also means he has two minifigures from both superhero franchises thanks to 76194 Tony Stark’s Sakaarian Iron Man and 76183 Batcave: The Riddler Face-off.

From a cosmic entity able to see interact with thousands of universes to a grizzled police commissioner who seems to know where the Batcave is in the upcoming model, both minifigures are fairly new, making Jeffrey Wright another famous face to already have multiple versions of himself in LEGO form.

You can buy LEGO Marvel 76194 Tony Stark’s Sakaarian Iron Man from the official online store now and The Batman 76183 Batcave: The Riddler Face-off will be available starting on January 1 2022 in most regions with US fans able to pre-order now for shipping from November 1.