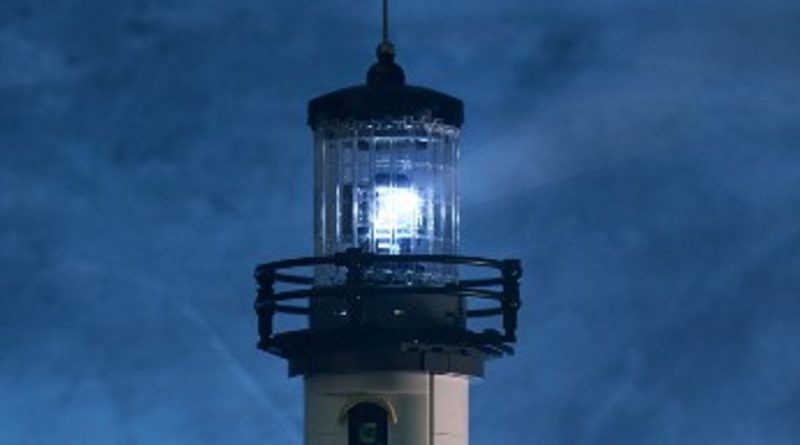 21335 Motorised Lighthouse is a recent release in the LEGO Ideas theme. Sets in this theme are the product of fan designs, which are voted on within a dedicated website. The theme has proven an ideal home for sets with unique subject matter or non-standard design features.

21335 Motorised Lighthouse does what it says on the tin: it depicts a lighthouse with a spinning light atop it. A recent interview with the set’s designers (courtesy of Jay’s Brick Blog) has given us an insight into the set’s design process, which presented unexpected obstacles. Several of these revolved around the design of the LEGO Fresnel lens. This is a new element that takes its cues from real-life lighthouse operation.

“We made a lot of prototypes, in different orientations and different ways of fitting it into the System – horizontal, vertical, whatever,” said Peter de Fine Licht, Senior Play Designer for the LEGO Group.

“The constraints of the Lighthouse were that the lens needed to fit into the mechanism, and it needs to look really nice, so we wanted that lens to be as big and visible as possible. As the light goes through it, we really wanted those concentric rings to be visible.”

However, the design of the lens (which concentrates light more efficiently than a conventional lens) presented something of a safety risk.

“It was also tricky because we had to have it safety tested and everything because we’ve never focused the lights on anything,” said Samuel Johnson, LEGO Ideas’ Design Manager at the time. “It’s actually very, very rare that we use the LED lights at all, so we’re making this accent piece that can focus the light, and so it’s been through quite rigorous testing.”

While in-depth element testing is par for the course with LEGO sets, we’ve never been concerned one will ignite our surroundings. Other undesirable features of the set included the noise of its internal motor – something the original fan designer had some input on.

“One thing I was concerned about, that I pointed out to Sam and Luka, was the sound the motor was going to make,” said Sandro Quattrini. “In the original, having it run in the room was kind of like having a steam engine chugging away.

“One of my favourite features of the Lighthouse, which I discovered, was the way Luka and Sam figured out how to minimise the vibration and noise, which was to have the motor float slightly on a platform, and use these little rubber elements to absorb the vibrations. I was really glad the designers took that comment to heart, and see the solution applied in the final product.”

It’s interesting to see that the fan designer of a LEGO Ideas set can have some input on fine-tuning a set’s features. It also reinforces the fact that LEGO is a premium product. Of course, whether that justifies the set’s high cost is another question altogether.