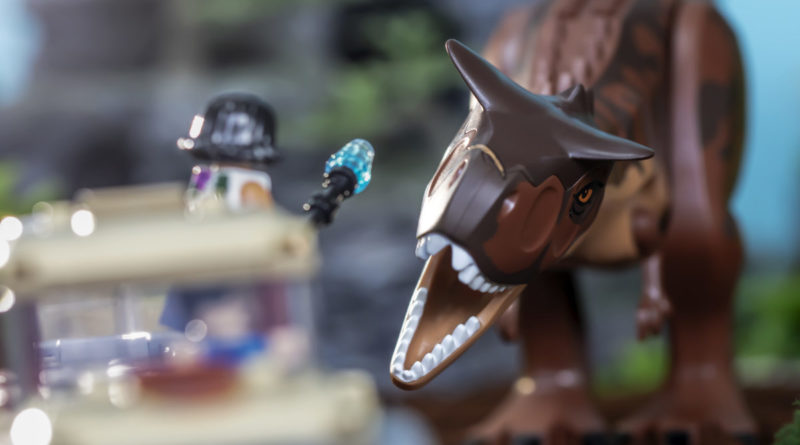 76941 Carnotaurus Dinosaur Chase brings a familiar dino back to the LEGO Jurassic World theme, but is there enough here to make it worth chasing down?

The imposing Carnotaurus first stomped its way into the Jurassic World theme in 2018 in 75929 Carnotaurus Gyrosphere Escape, and makes a return in a set that’s not as expensive as its predecessor, but with a whopping 337 fewer parts.

This current wave of Jurassic World sets feel somewhat overpriced for what’s on offer, so will this set follow that trend and are there better sets to hunt down?

Looking at the box there doesn’t appear to be that much to this set, and upon opening it, it still doesn’t feel like there’s much content inside either. Three relatively small numbered bags, an equally tiny sticker sheet with just three stickers, a manual and the large Carnotaurus are all that’s inside the box.

Thankfully, the Carnotaurus is a really impressive dinosaur (if this is the first time you’ve seen it) that stands impressively and intimidatingly over the minifigures. It makes for a fun start to the set, and gets you excited to see what exactly it will be chasing down.

The next section of the build – Owen Grady’s small helicopter – is less inspiring. It’s a pretty standard and simple build, the angles and curves of which are created using wedge plates, curved wedge plates and 1×2 slopes with cut-outs. It looks blocky to begin with, but once the tail and angled cockpit (a trans-black windshield) are added it actually looks quite smart. There are only two rotor blades, though, where perhaps four would have given the model a better overall look.

The truck is bigger than expected, which is definitely a positive – it’s certainly much larger than most common LEGO CITY or even Jurassic World vehicles. From a build perspective it comes together fairly quickly, without too much in the way of unusual or innovative techniques, but it does look decent and feels very sturdy to hold. It won’t pose much of a challenge to older builders, but younger fans will enjoy the experience and no doubt feel satisfied at having constructed a sizeable and decent-looking truck.

In terms of play features there isn’t much on offer from either build. The truck’s tailgate can be opened and closed, there are two opening doors on either side of the cabin and the roof can be removed. The helicopter comes armed with a single stud-shooter and features rotating blades.

When compared to 75929 Carnotaurus Gyrosphere Escape, this set does feel lacking. A small building or piece of landscape would’ve helped make it feel more complete and offered something that would instantly fit in alongside other Jurassic World builds. There’s still enough to have fun playing with, but just a little bit more to build would have been welcome.

Three minifigures are included within the set. Owen Grady is of course one of them, dressed in the same outfit he’s appeared in across multiple sets throughout 2021, but the other two are actually exclusive.

Kenji and Sammy have simple but decent printing on the torso, Sammy’s floral vest being the highlight, but their alternative face prints are excellent and feel very appropriate for this set.

For the past few years, LEGO Star Wars fans seemed to always get the raw end of the deal when it came to value for money, but in 2021 it feels like it’s the turn of LEGO Jurassic World fans to feel the pinch.

A small helicopter, a decent truck and a large dinosaur is all you get from this set, and when taking into consideration how quickly it all comes together, it does feel a little overpriced – especially as the dinosaur (usually the star of these sets) is not even exclusive.

When compared to other Jurassic World sets that are currently on the market, the price point seems reasonable – but perhaps this is another one to wait for a reduction on before parting with your hard-earned cash.

76941 Carnotaurus Dinosaur Chase is an okay set in a wave of fairly uninspiring ones. From a construction perspective it offers up a couple of nice (if not particularly challenging or innovative) builds, but as a playset it really shines. The Carnotaurus is a brilliant addition to any collection – especially if you missed out on it the first time round – coupled with a helicopter and decently large truck to really set the scene for the set’s eponymous chase.

Younger fans will no doubt get a lot of play value out of the set, but for older fans, or those who already own 75929 Carnotaurus Gyrosphere Escape, there probably isn’t enough new here to make this an essential purchase. Fun, but passable.

Support the work that Brick Fanatics does by purchasing your LEGO Jurassic World sets using our affiliate links.

How long does it take to build LEGO Jurassic World 76941 Carnotaurus Dinosaur Chase?

Building 76941 Carnotaurus Dinosaur Chase is not a particularly long experience, and assembling the helicopter and truck, coupled with piecing together the Carnotaurus, will take around half an hour.

How many pieces are in LEGO Jurassic World 76941 Carnotaurus Dinosaur Chase?

It’s hard to put a specific measurement on this set, as it’s comprised of three individual builds: the dinosaur, the truck and the helicopter. The helicopter is the longest build, measuring just over 20cm in length.

How much does LEGO Jurassic World 76941 Carnotaurus Dinosaur Chase cost? 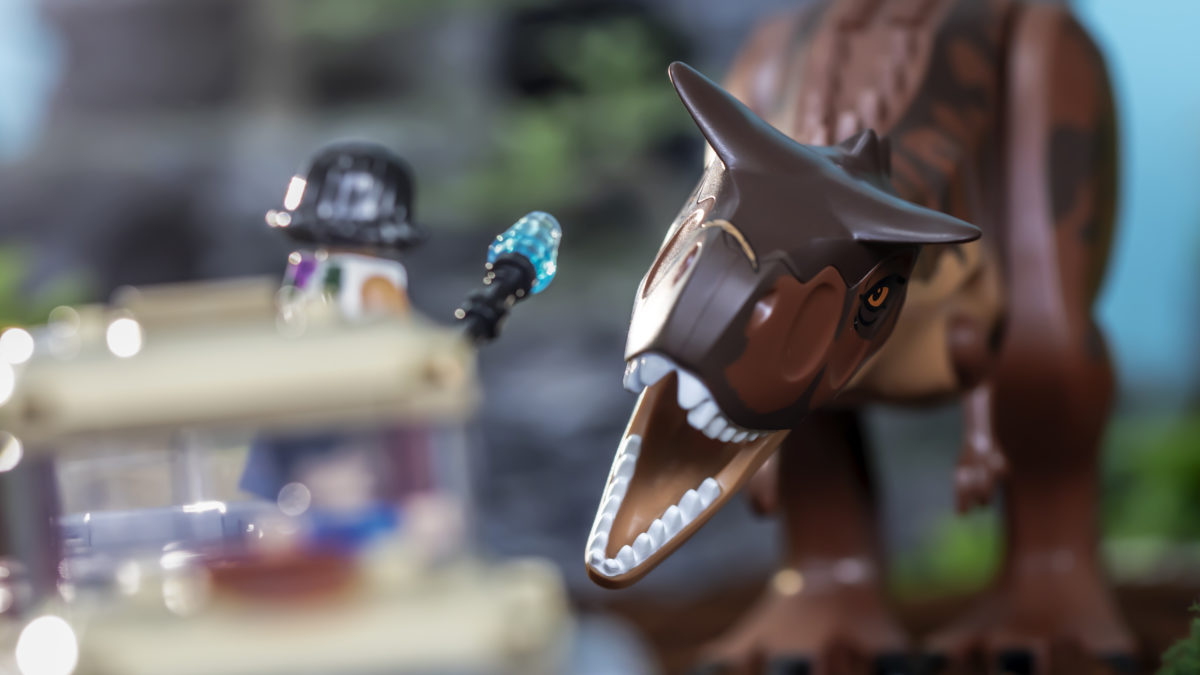