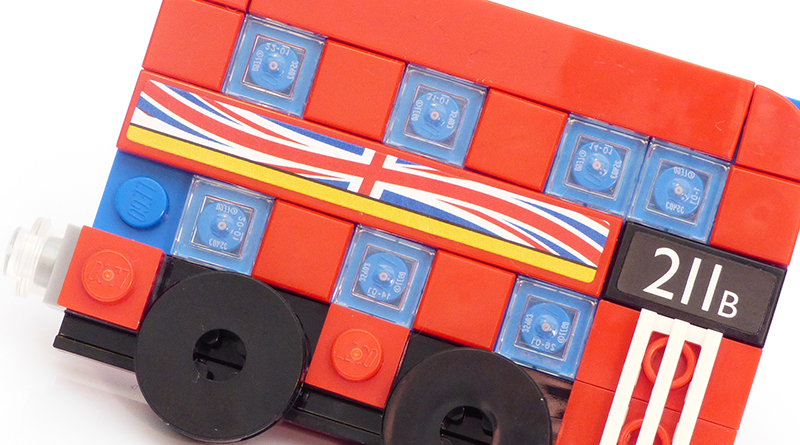 With the LEGO Store Leicester Square pulling in the tourists, 853914 London Bus Magnet is the latest souvenir set available at the London destination

Another London specific souvenir has been added to the selection available at the LEGO Store Leicester Square. In addition to 40220 London Bus and 40308 Lester, 853914 London Bus Magnet is now available to those looking for a memento from the capital. 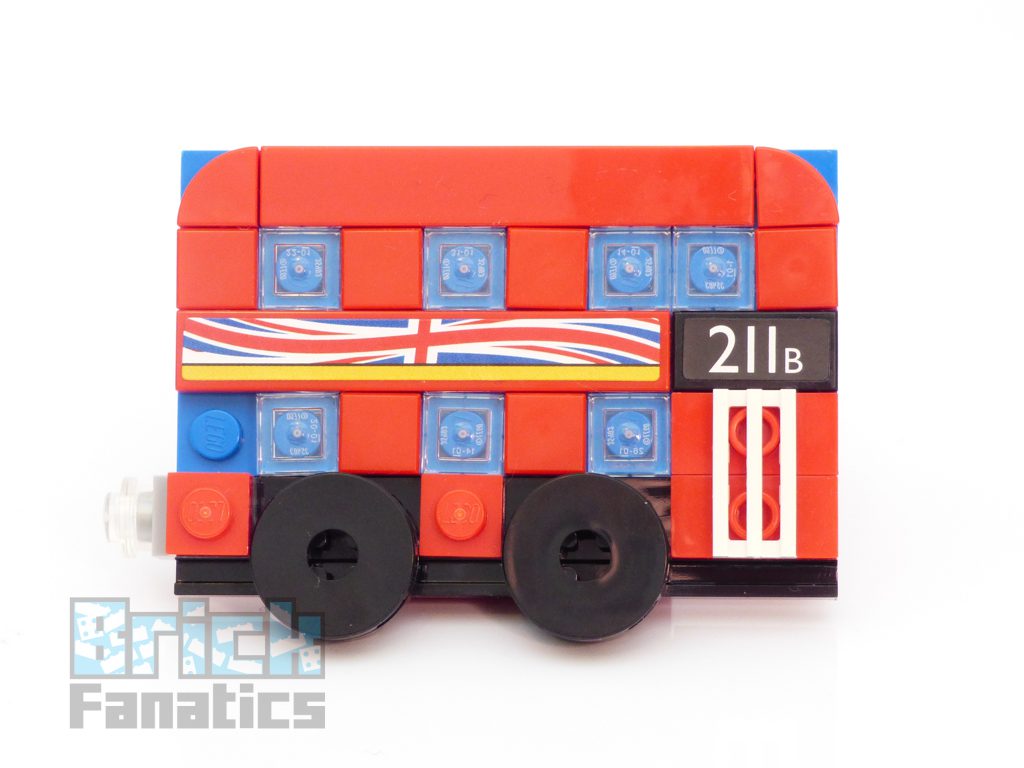 This is a simple little product, with a bag containing 35 pieces that are pieced together a little mosaic style Routemaster bus. It is a great example of LEGO minimalism, creating the London icon with a minimum of fuss. Two stickers finish it off with a Union Jack advert and denote it as travelling the 211B bus route.

Also included is the new 4×4 magnet element in red. A few years ago, the LEGO Group discontinued the type of minifigure magnet set that had become the norm – each one included special 2×4 magnet bricks with minifigures, allowing them to be attached to a refrigerator, or any other magnetic surface. This new brick is better, as it has nothing sticking out of the top – it really is four studs by four studs. Nothing can be attached to the bottom, but the magnetic pull is strong.

The magnetic brick attaches to the bottom of the build, completing the little brick ornament. It adds a nice LEGO touch to a refrigerator without being overbearing.

For those wanting a nice little souvenir from a trip to the UK’s flagship LEGO Store, 853914 London Bus Magnet is perfect – it is small, so fits into hand luggage and represents an iconic symbol of the UK capital. The only drawback is that it is a little pricey for what it is.

853914 London Bus Magnet is available now at the LEGO Store Leicester Square. Other LEGO sets are available at shop.lego.com. You can help support Brick Fanatics’ work by using our affiliate links.