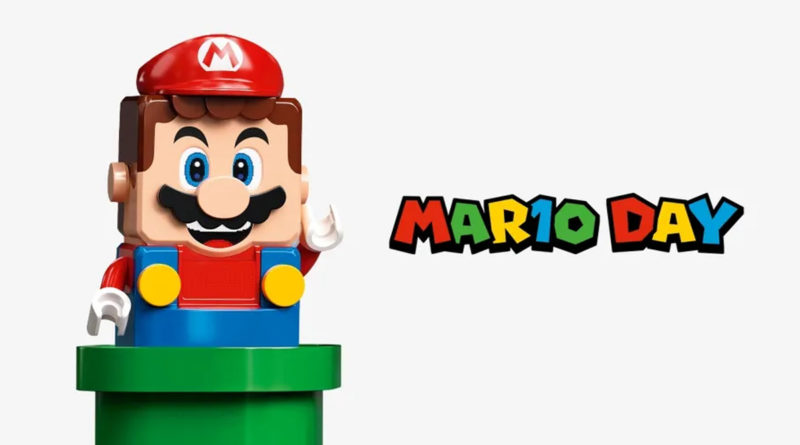 As part of the Mario Day celebrations, a free collectable LEGO Super Mario coin is available in LEGO stores and even the Nintendo flagship shop.

The previously reported LEGO Super Mario collectable coin available for free in-stores for Mario Day is redeemable at two types of stores in New York as one YouTuber has embarked on a quest to see the celebratory displays in both the LEGO and Nintendo flagship shops.

KirbyGCN17 on YouTube has visited the two stores and discovered that the Mario Day celebrations at both are based on the LEGO Group’s free coin, with a different photo opportunity in each to earn the item.

The New York Nintendo store features a life-sized Warp Pipe as well as a fabric backdrop of the Mushroom Kingdom. The only brick-based element is a cutout of LEGO Mario. Over at the Rockefeller Center location, a giant brick-built Luigi and Mario can be found for a photograph. This is the latest example of the LEGO Group and Nintendo’s ongoing partnership, which has now extended to physical stores.

Other than the LEGO Super Mario theme, this isn’t the first time that the LEGO Group and Nintendo have combined an aspect of their business to promote products, as My Nintendo and the LEGO VIP Program previously teamed up for free credit and rewards on each.

For those who live too far away from either the LEGO or Nintendo New York stores, the same deal is available in official LEGO retail locations around the world but only until March 13 while stocks last.