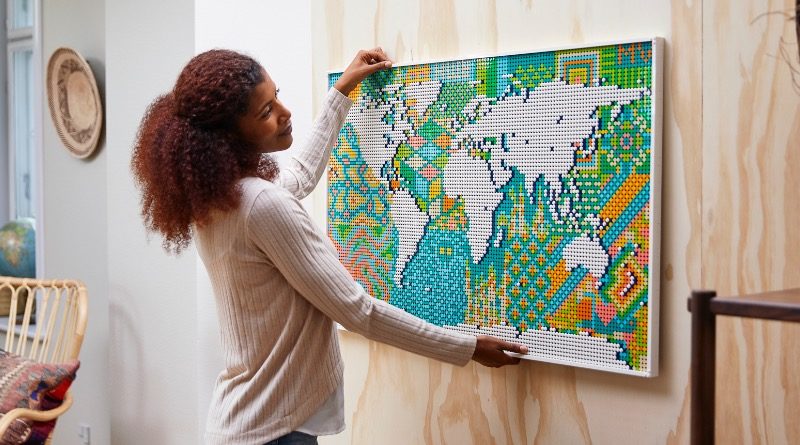 31203 World Map has dropped out of stock online, so you’ll need to wait a little longer to get your hands on the latest addition to the LEGO Art collection – and the largest LEGO set of all time.

The LEGO Group has mostly managed to stave off last year’s inventory issues for the past few months, with the majority of its biggest and best sets remaining in stock and available to order. The same can’t now be said of 31203 World Map, however, which has seemingly proved popular enough to be entirely snapped up within weeks of release.

Coming in at 11,695 pieces, 31203 World Map is the largest LEGO set ever released by part count – but by no means the most expensive, commanding a price tag of only £229.99 / $249.99 / €249.99. That’s largely because most of those elements are tiny 1×1 tiles and plates, as per previous LEGO Art mosaics, but it still represents great value alongside even the rest of the range.

Is that the reason 31203 World Map is now temporarily unavailable in the UK, US and across much of Europe? Well, it could be one of them – but so too could the popularity of the artwork for decorating home office spaces and living areas. You can’t deny the colours of the oceans (inspired by a Bathymetric map) look pretty spectacular in-situ, after all.

We’ll let you know when 31203 World Map lands back at LEGO.com. For now, it must make way from Brick Fanatics’ Top 20 LEGO Sets List – which tracks the very best sets available to order right now – despite only just joining. Fingers crossed it can re-enter soon. In the meantime, tide yourself over with our detailed review of the largest LEGO set of all time.