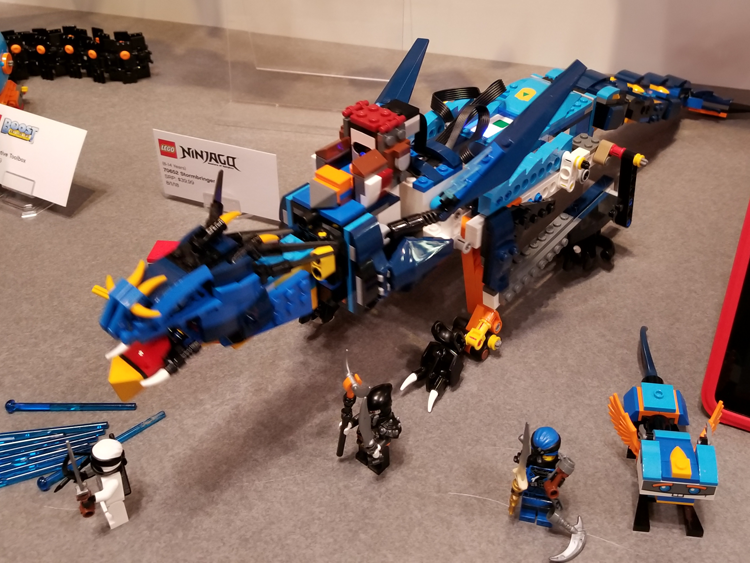 The first LEGO sets with BOOST compatibility will launch later this year, including LEGO NINJAGO 70652 Stormbringer.

Tom’s Guide shares images and information about the upcoming summer set, that comes with three minifigures and requires [geot exclude_country=”United States”]LEGO Boost 17101 Creative Toolbox[/geot][geot country=”United States”]LEGO Boost 17101 Creative Toolbox[/geot] to mobilise. The features include making the dragon move its head, roar, and react differently depending which minifigure is seated on its back. 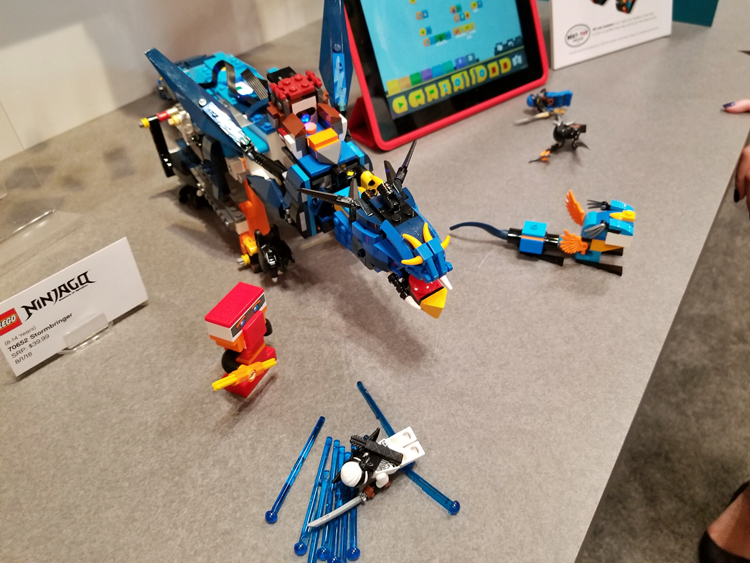 Further details were explained to the Tom’s Guide team:

Lego said that the Ninjago Stormbringer will also be able to respond to being petted, answer questions when it detects a voice and fire missiles. The company did not have a demo of the Lego City set, which will work with Boost, and didn’t have many details about it.

While the functionality looks fun, hopefully the finished model will look a little more finessed when it launches on August 1.