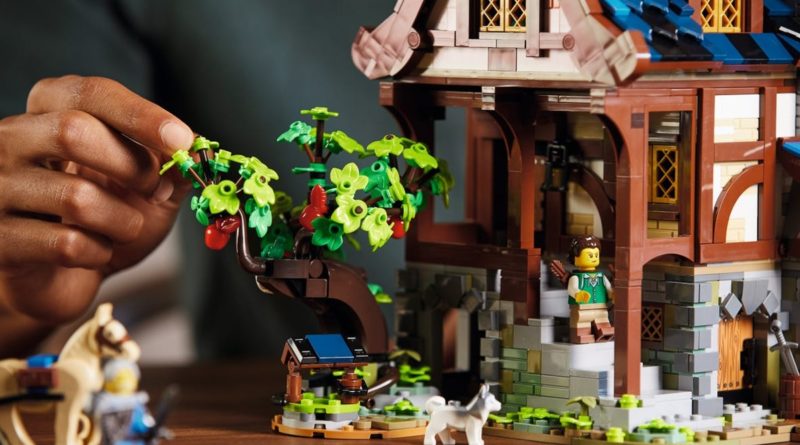 With rumours of a new LEGO Castle set releasing later this year, you can get medieval and fantastical models on the online store in the meantime.

We’re still awaiting the results of the 90th-anniversary poll that will determine the theme of a future LEGO set celebrating a classic theme, though a recent rumour reports that Castle was picked.

While an official confirmation is likely months away, you can still enjoy these castle and medieval-inspired builds on the official online store in the meantime.

As part of LEGO Ideas in 2021, 21325 Medieval Blacksmith launched with a direct reference to one of the factions in LEGO Castle – the Black Falcon Knights. LEGO Castle may no longer live as its own theme but its legacy continues, spanning multiple product lines and 21325 Medieval Blacksmith stands as an example of how this can be an advantage for the nostalgic theme with varied all levels of detail and price points. You can find out more in our review.

Also given an in-depth review, 31120 Medieval Castle is the closest set to classic LEGO Castle models, also referencing the Black Falcon Knights and including, in case you couldn’t tell by the name, a castle. You can rebuild the model into a tall tower or an outpost and a dragon is even included as well as a small market, blacksmith and even living quarters.

LEGO Castle wasn’t just home to medieval creations over the years as more fantastical elements such as dragons were also featured in the theme. Anyone looking for LEGO dragons need only look at NINJAGO for builds at a range of prices and sizes. We can recommend 71753 Fire Dragon Attack as one of the best NINJAGO dragons currently on the market.

Support the work that Brick Fanatics does by purchasing your LEGO castles and castle-adjacent models using our affiliate links.