This might be one of the smaller sets in the LEGO City Mountain Police range, but it brings some high octane white water rafting action

60176 Wild River Escape is the smallest of the recently released wave of the LEGO City mountain range and features some new minifigure parts. The set consists of 126 pieces and creates two different types of craft, a red and grey raft with pontoons a blue and white police speedboat. It also includes two minifigures with some nice parts.

The first bag contains the crook and his escape vessel. The crook has a new duel sided printed head with a worried look on one side and a rather angry look on the other. He also has a new double sided torso featuring a red jacket which he’s wearing over his prison shirt. The raft is very nicely designed using two identical pontoons on either side, it’s a simple build, but once completed looks great. Also included is a crate that contains his loot – three shiny rocks, a crowbar and for some reason a skunk. The black and white critter is the same as the one included in the Collectible Minifigures Series 15 and may well be the reason behind his worried look. 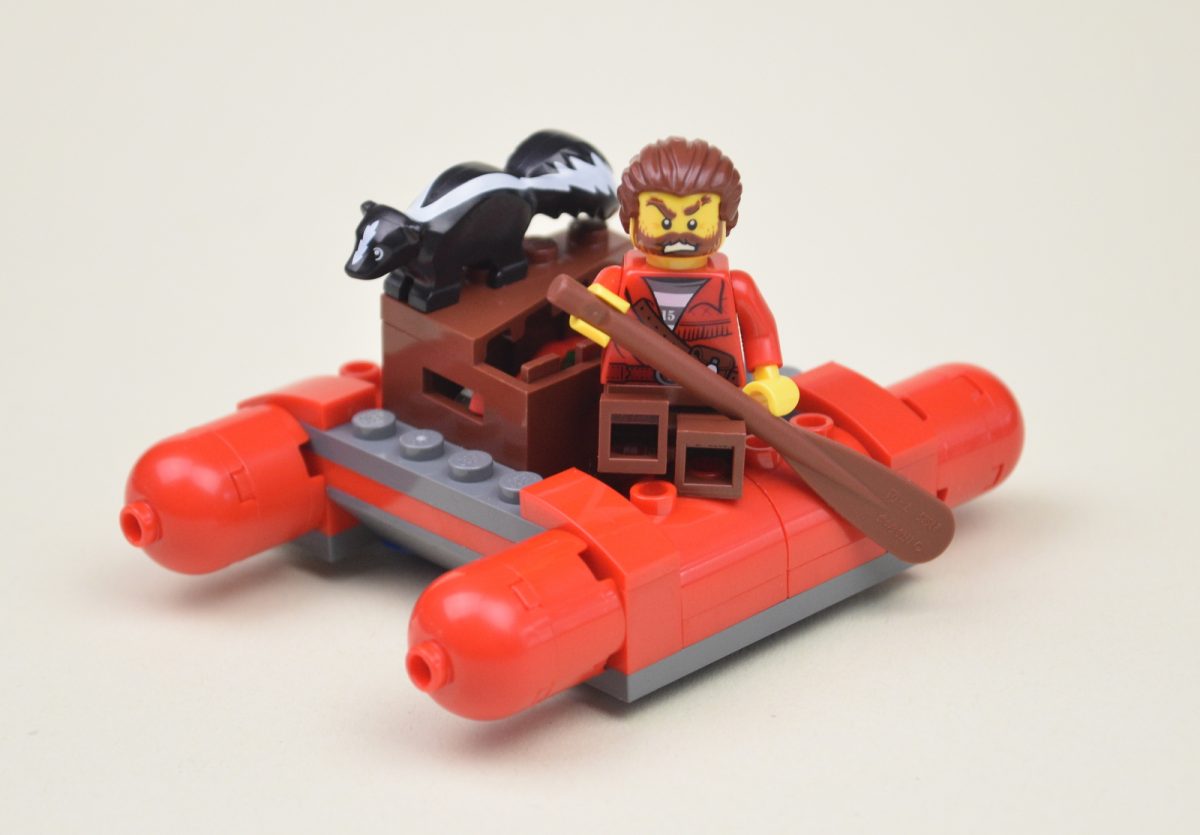 The second bag contains the policeman and his pursuit vessel. The police officer also has a new printed torso, a sand blue jacket with zippers and a police emblem on this back. His craft is a powerful speedboat that uses the three stickers contained within the set, these are easy to apply and shouldn’t cause too many problems. The boat is your standard LEGO dinghy using three hull pieces and featuring a brick built outboard motor and sleek windscreen. It’s a fun little build but my only worry is, as it’s such a small craft I’m unsure of how the lawman is going to transport the crook if he does catch him. Hopefully the pair of handcuffs he is carrying will help somehow. 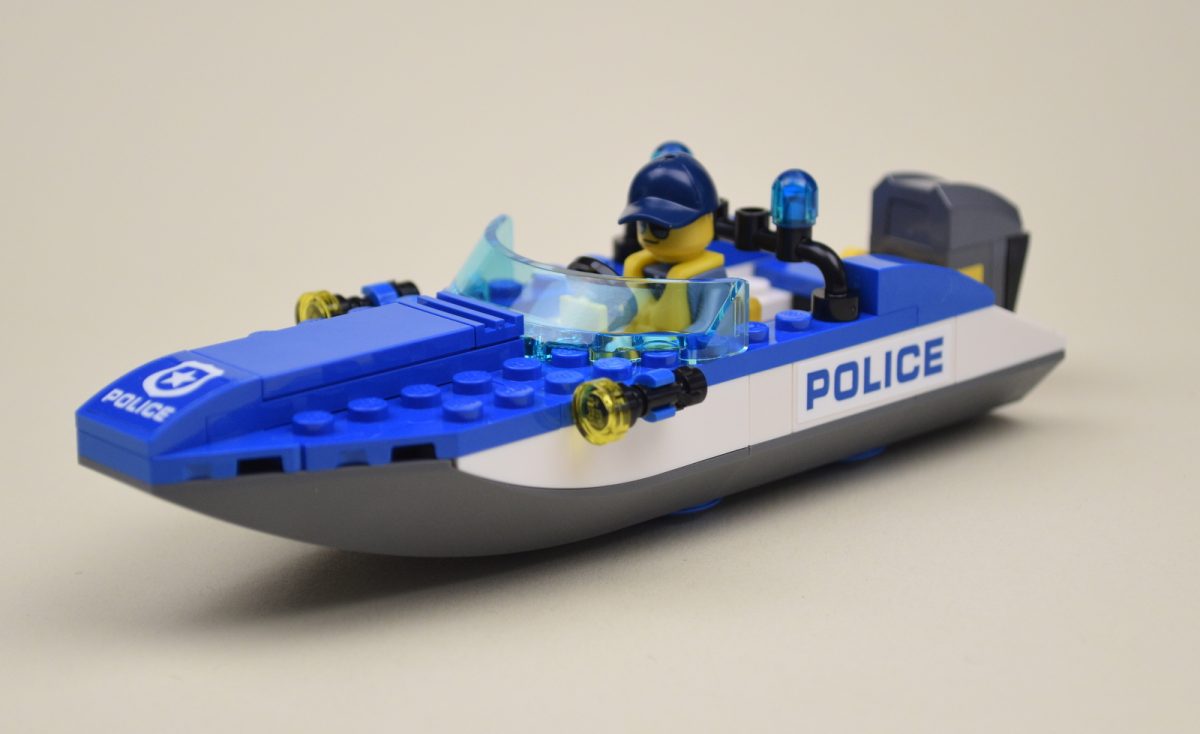 Overall this is a great value for money set, with lots of playability for the younger builder. As it also features the skunk, which at the moment is only available in this set, it could be a draw for those animal lovers who missed out when it was available in the Collectible Minifigures theme. 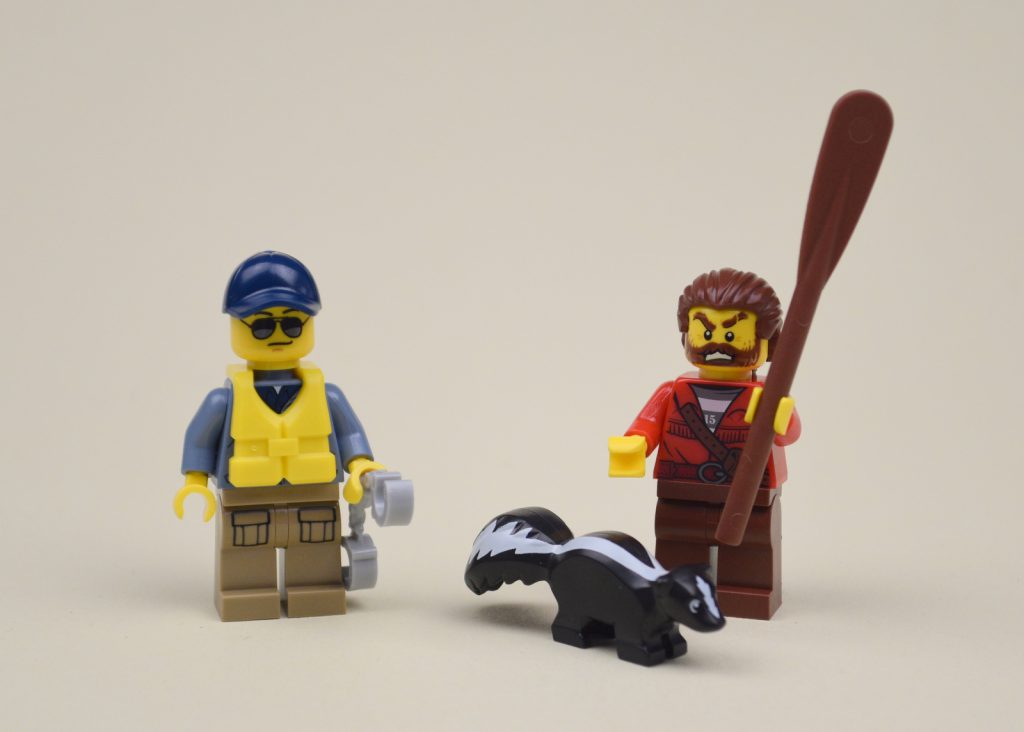