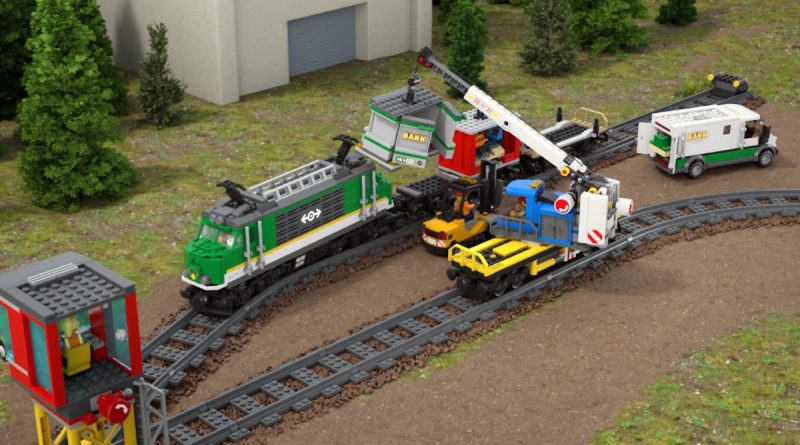 John Lewis has knocked over 10% off the normal price of LEGO CITY‘s 60198 Cargo Train, including the larger track and electronic elements.

It’s not too early to start shopping for the holidays as part of John Lewis‘ latest LEGO sales includes 12% off 60198 Cargo Train. Trains are a regular, but uncommon inclusion in LEGO CITY and you can never have enough tracks to expand your brick-built railway.

60198 Cargo Train includes one engine and three wagons featuring a safe, snowmobile, logs and a crane. Enough track is included to form a full 147cm-wide loop with a siding to hold any extra wagons but you can of course rearrange these in any way you see fit. A couple of sections of track are dedicated as a crossing, ready to integrate the train in the middle of your city.

A forklift, truck and tower crane are also included to load the cargo onto the train. However, the most notable inclusion in 60198 Cargo Train is the Powered Up function, allowing you to control the train as it travels around the track or your display. You can either connect the train to the Powered Up app and control it digitally or use the provided physical controller.

With the track, electronic elements and specialised train pieces alongside the model, a 12% discount on 60198 Cargo Train will help the value seem more reasonable compared to other sets.