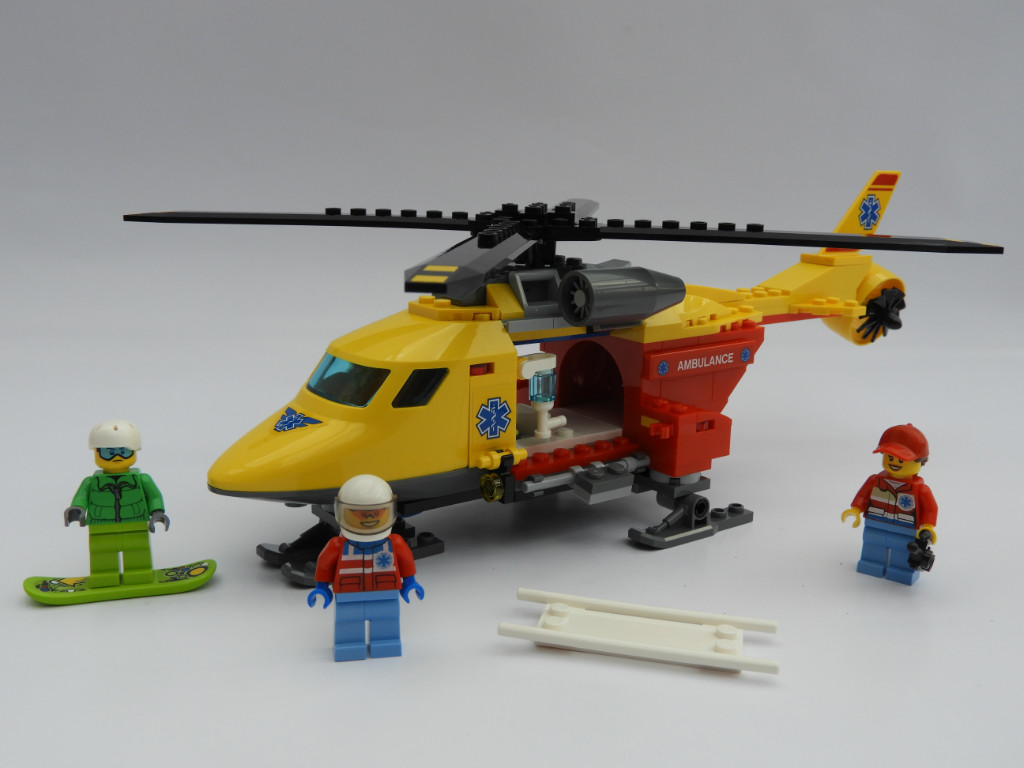 LEGO City expands its fleet of helicopters with an Air Ambulance, ready to fly to the aid of any snowboarders in need of rescue

Helicopters have been frequently featured across the LEGO City theme with not one, but two being included in last year’s Jungle sub-theme. As an Air Ambulance Helicopter this could be a nice addition to the 60204 Hospital set which will be released later in the year, ready to transport injured snowboarders and other unfortunate folk in need of medical assistance. 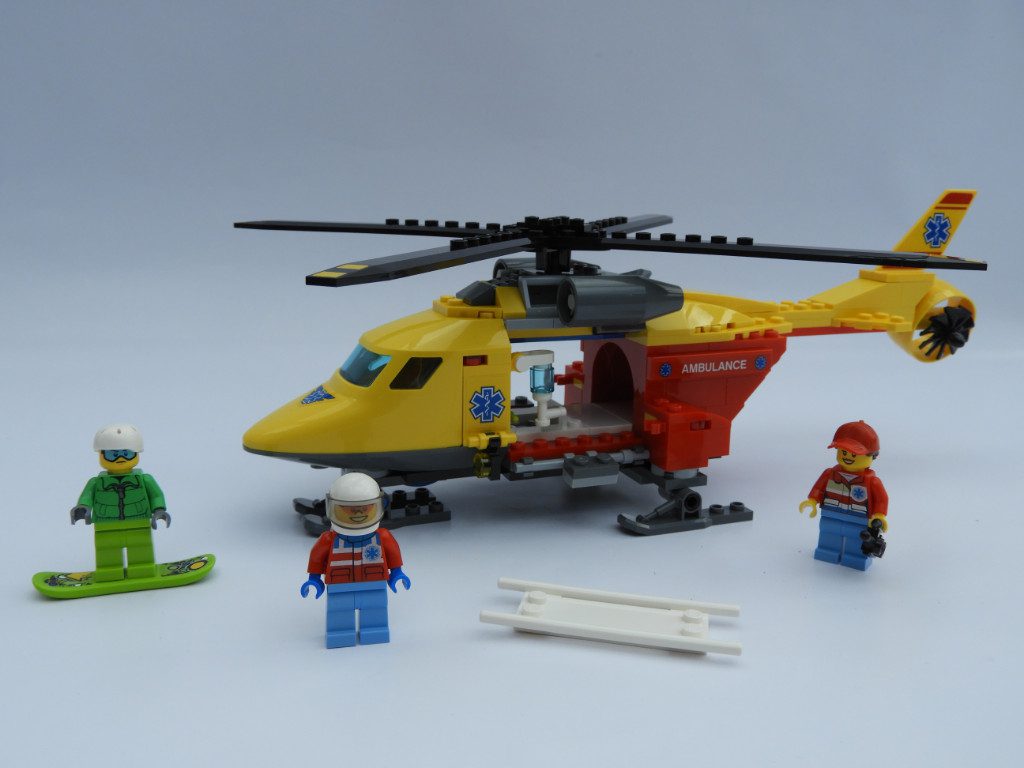 The helicopter itself is very distinctive in its appearance which is enhanced by the choice of a red and yellow colour scheme as well as the use of a cockpit part at the front. It’s also a pleasant build experience and includes some nice features such as the hatch at the rear of the helicopter in order to load patients onboard the stretcher which is included in this set.

Inside the body of 60179 Ambulance Helicopter, the set includes an intravenous drip and syringe as well as medical equipment, depicted by the use of a sticker. One small criticism is that it is not large enough to accommodate both the patient and medical personnel although small platforms have been included on the side on which a minifigure can be placed.

Lifting the nose part allows you to get access to cockpit so that you can put the pilot in position. The cockpit is a little uninspired, with only a printed slope representing the controls. That said, the pilot minifigure fits in the cockpit neatly and the nose can be reattached without any problem.

One of my favourite features of the helicopter is the landing gear, which allows enough movement to ensure that it can land on hostile, uneven terrain while also adding to the visual effect of the overall model. The completed model looks very appealing and is enhanced by a number of really neat stickers which do a great job of providing finishing touches and realism.

Three minifigures are included in 60179 Ambulance Helicopter – a pilot, a doctor and a snowboarder. The pilot and doctor are similar in appearance as they are both wearing uniforms, with the doctor including a nice hair/cap combination. One radio is included, which is a little bit of a shortcoming given that there are two in the crew – another radio would have been a nice addition. Finally, the snowboarder looks great and his lime green legs match his snowboard which includes detail provided by two stickers.

This is a great set which I’m sure will appeal to LEGO City fans and is a worthy addition to any fleet. The colour combination works incredibly well and the use of the nose part is integral to giving this model its look and feel. The real test of any aircraft is the ‘swooshability’ and this doesn’t disappoint, so I have no hesitation in recommending this set.