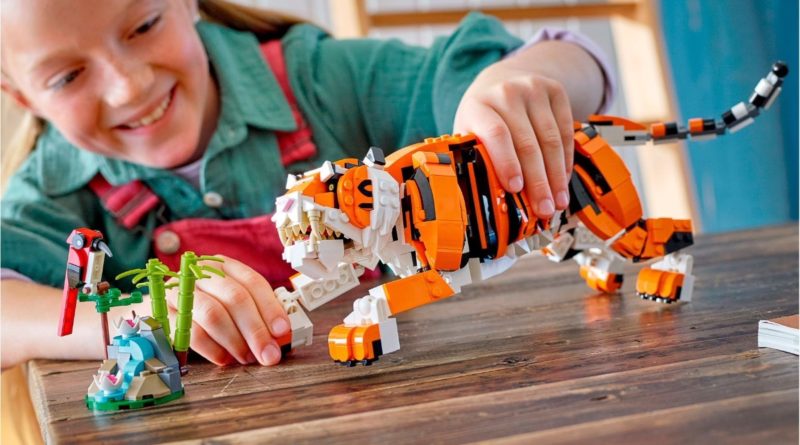 31129 Majestic Tiger is now up on the official online store, confirming the price and piece count for January’s one and only LEGO Creator 3-in-1 set.

That still seems like a solid deal for everything you get in the box, though, with all three models looking impressive (where sometimes the secondary and tertiary builds can pale next to the main model). Each one comes with an accompanying side build, too: the tiger has a slice of jungle scenery with a red bird; the koi fish has a water lily; and the red panda has a mini Bonsai tree and bamboo.

You’ll be able to get your hands on a copy of 31129 Majestic Tiger – or perhaps three copies, if you fancy building all three models simultaneously – from January 1. More Creator 3-in-1 sets will then follow later in the year, with at least six more coming in March – including 31125 Mythical Forest Creatures and 31126 Supersonic Jet.

Another three Creator 3-in-1 sets are also rumoured to be landing in the summer, including a submarine, a town house and the return of LEGO Vikings.