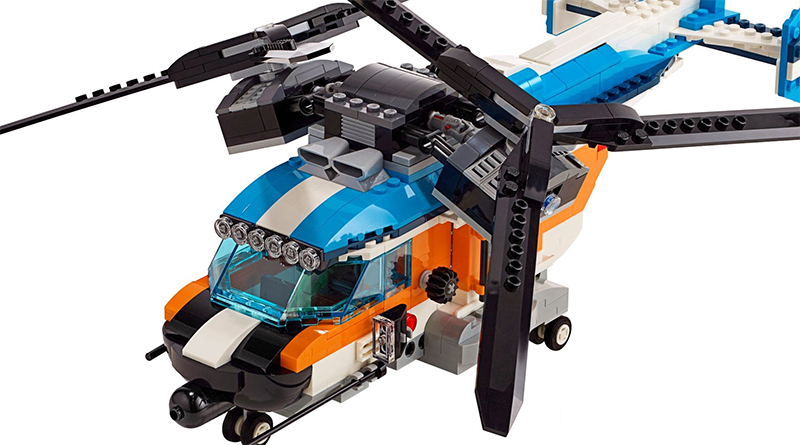 Hidden away in the wrong category at shop.LEGO.com are four new LEGO Creator sets, offering the heightened detail and 3 in 1 build options that the theme is known for. This latest wave features a mix of subject matter, including a building, a helicopter, a carousel and a wooden shack.

31095 Fairground Carousel expands the theme park concept, which has already been part of the theme with 31084 Pirate Roller Coaster and is also going on in Friends with 41373 Funny Octopus Ride and 41375 Heartlake City Amusement Pier.

31096 Twin-Rotor Helicopter is a detailed flying vehicle that comes with a pilot minifigure roughly in scale with the model.

31098 Outback Cabin is the latest little dwelling for fans to add to their layout, featuring a little shack for holidays in the woods.