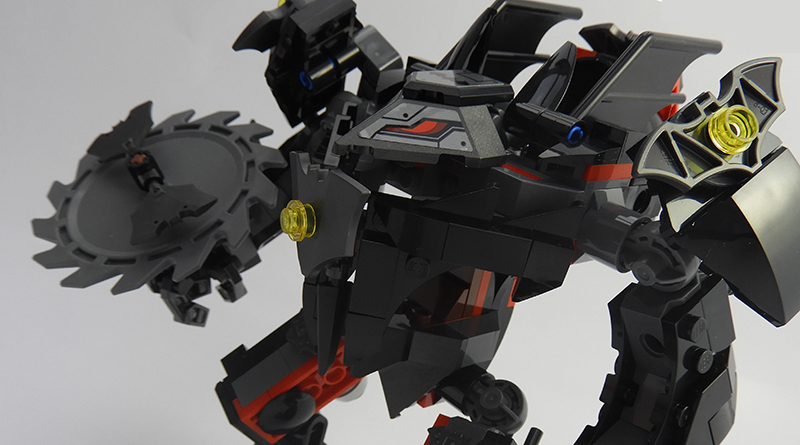 Despite preferring to be close to nature, Poison Ivy has constructed a mech to fend off Batman’s latest machine in LEGO DC Super Heroes 76117 Batman Mech vs. Poison Ivy Mech

I am beginning to lose count of the number of Batman sets and minifigures I seem to have in my possession, but I don’t believe I will ever tire of LEGO Batman sets – especially with the promise of two mechs. 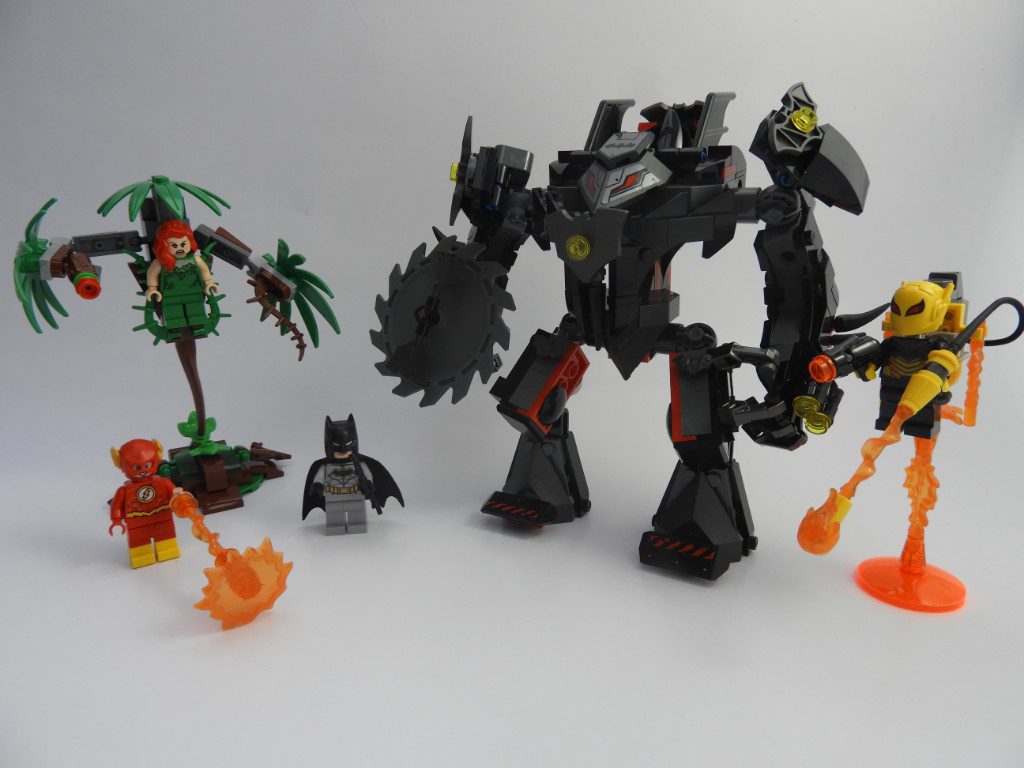 The Firefly minifigure has the most appeal to collectors as it is a first for the LEGO Group. The helmet is impressive, as is the dual printed torso which is black with very effective splashes of colour. This minifigure includes a really nice jet pack, made all the more appealing by the use of translucent-orange Power Burst elements – the finished build makes Firefly the standout minifigure of this set.

The Poison Ivy mech looks effective but describing it as a mech is a little overstated – it’s more of a large plant, and when placed next to the Batman mech you cannot help thinking that Poison Ivy is seriously outgunned. That said, I like the build and the playability that has been designed into it including the posable branch arms, the roots and the way it angles forward. The mech includes a stud shooter which can be easily detached and the mech can also be knocked backward should Batman be fortunate enough to get a punch in.

The star of 76117 Batman Mech vs. Poison Ivy Mech is the Batman mech and I loved the build experience as well as the completed model. The mech includes a cockpit which Batman can placed into without too much trouble. The use of stickers on the mech helmet adds nicely to the overall aesthetic. The mech includes a retractable net shooter which is fixed to the back as well as a spinning saw blade – useful no doubt for effectively cutting through vines and branches.

The use of bat shaped elements adds to the overall effect and the black and red colours leaves fans in no doubt that this is Batman’s machine. I would have liked the arms to be a little bit more poseable, but the gripping hands compensate for this as they are built to hold a minifigure in the throes of battle.

During the build process my seven year old son was itching to get to grips with this set and was happily playing with all of the other elements while I finished the Batman Mech. There’s clearly a lot of appeal with this set and, like me, he loved the Firefly minifigure and his accessories. The finished Batman Mech then took centre stage and very quickly defeated the super villains –ut they never really stood a chance.

This is a great set which includes a nice range of minifigures and two impressive mech builds, with Firefly and Batman’s mech the two aspects that make it well worth picking up for any LEGO DC collector.

76117 Batman Mech vs. Poison Ivy Mech is available now at shop.lego.com. You can help support Brick Fanatics’ work by using our affiliate links.