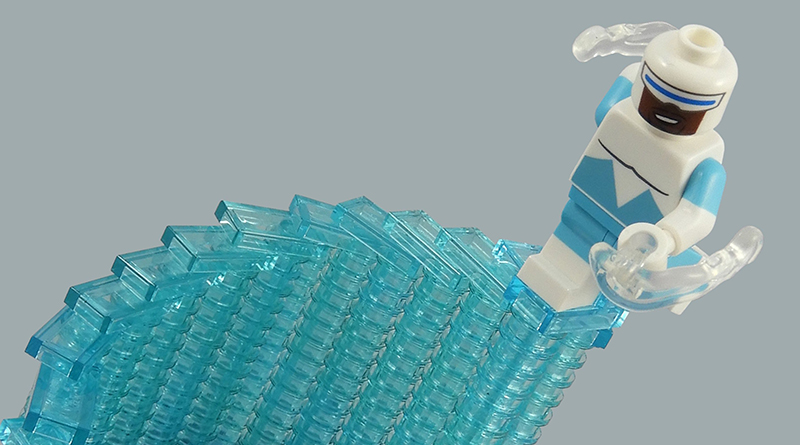 I was keen to capture a sense of cold and movement in this vignette as it best represents Frozone’s character. This was achieved by a liberal use of trans-blue parts and the circular, rising technique which I have coupled with a well-thought pose of the Frozone minifigure. 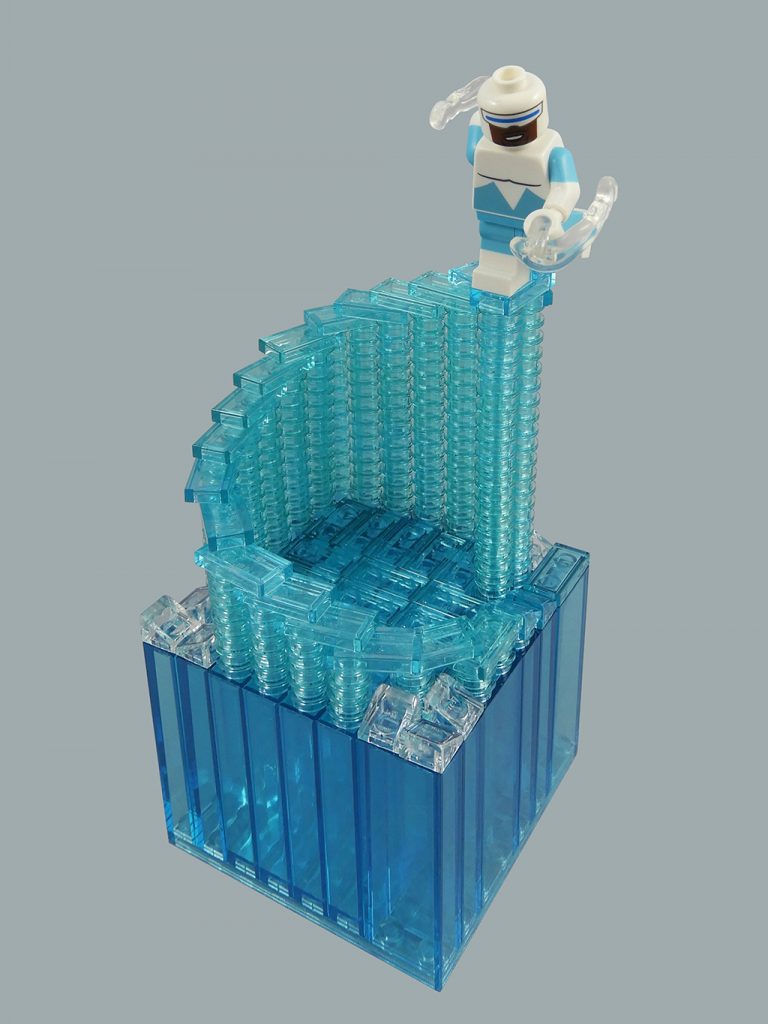