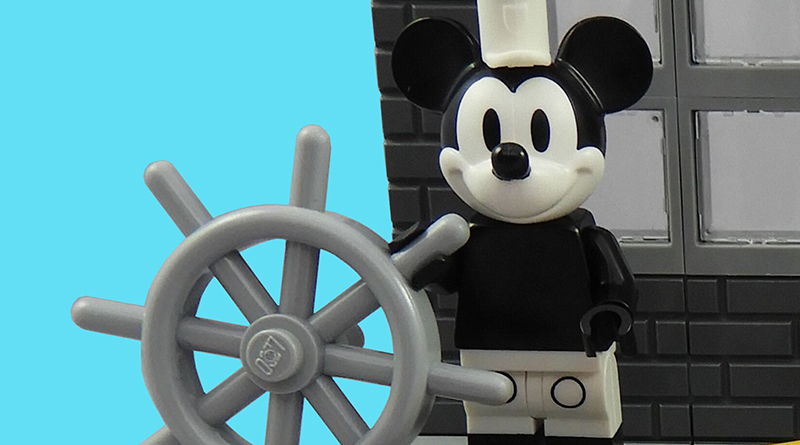 This latest series of vignettes from Brick Fanatics presents LEGO Disney Collectible Minifigures in bespoke, brick built environments – today, here is the biggest Disney icon of them all; Mickey Mouse

The constraint of the 8×8 vignette proved too much when trying to capture both of there minifigures so I decided to press ahead with the concept of two vignettes that would compliment each other when joined. I decided to stretch the concept further so that they bleed into each other using the idea that Vintage Mickey has grown tired of his monochrome world and decides to introduce a splash of colour – Minnie Mouse will be appearing tomorrow… 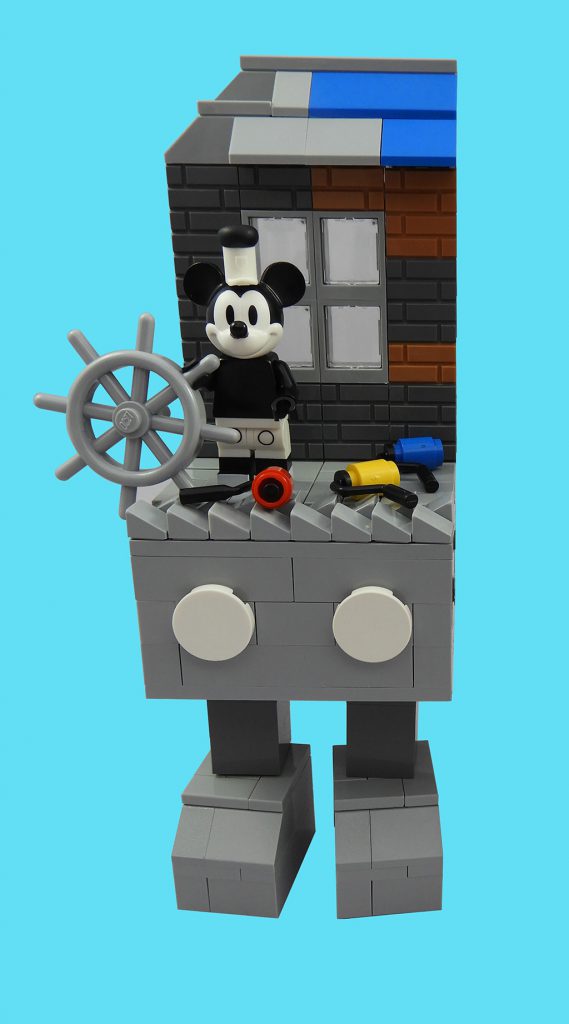